The Australian born Oxford University veteran rower James Ditzell returns from another winter training session on the Thames. Many of his team mates are only 19 but at 45 James is currently the oldest ever rower in the history of the boat race. He trains with the rest of his squad on the Thames from Putney in West London under race conditions, hoping that as race day (April 6th 2012), his times are good enough for a seat in one of two of Oxford boats. First raced in 1829 the boat race between Oxford and Cambridge unbiversities is one of the oldest sporting events in the world. It is nowadays watched by thousands along the banks of The Thames Tideway, between Putney and Mortlake in London and by millions more on TV around the world. 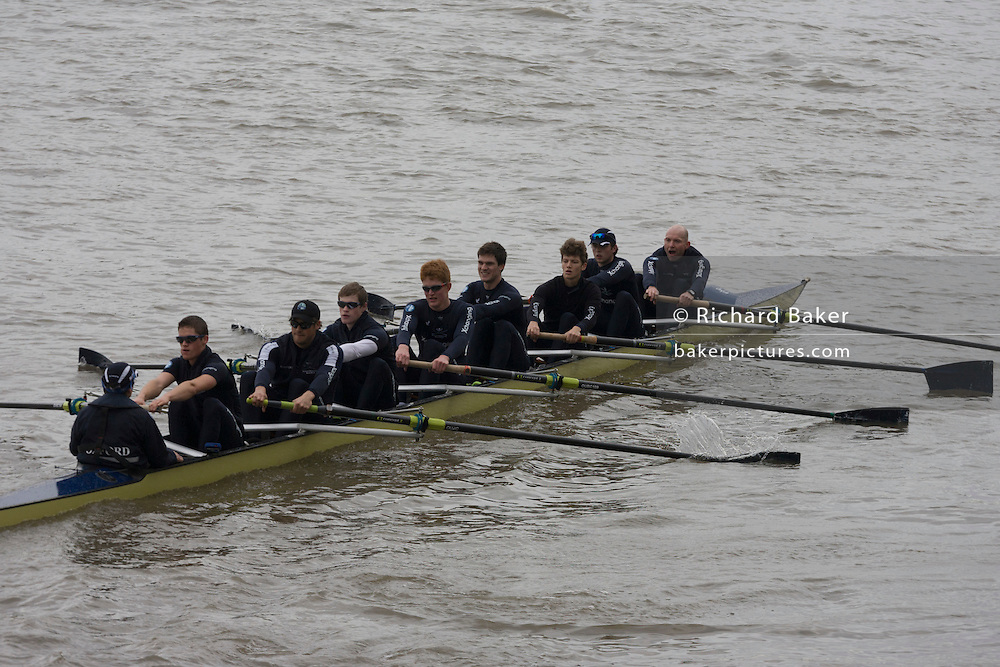