Young Scots women talk in the sunshine beneath the statue of William Ewart Gladstone in Coates Crescent Gardens in Edinburgh, on 26th June 2019, in Edinburgh, Scotland. William Ewart Gladstone (1809 – 1898) was a British statesman and Liberal Party politician. In a career lasting over 60 years, he served for 12 years as Prime Minister of the United Kingdom, spread over four terms beginning in 1868 and ending in 1894. He also served as Chancellor of the Exchequer four times. 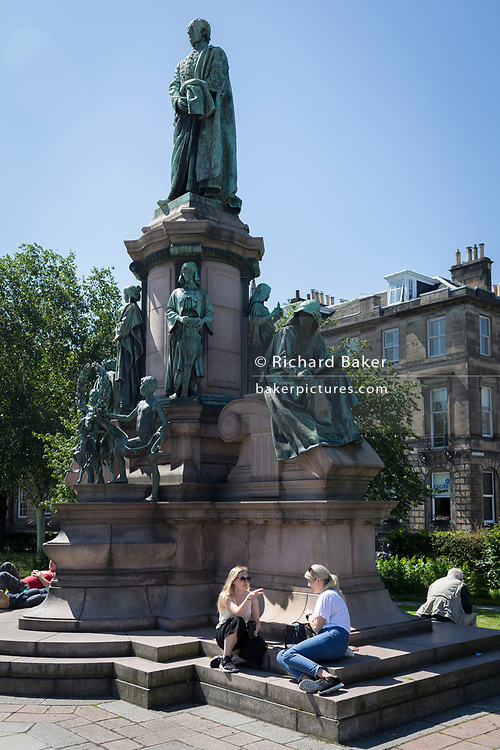