Standing with a mother and child and in a recreation of the Oval Office, the waxwork figure of the 44th President of the United States, Barack Obama stands in London's Madame Tussauds waxwork museum on the day of his inauguration. Long before the actual election took place, models of both Obama and political opponent, John McCain were researched from thousands of photographs and 500 body measurements and prepared from clay, taking 20 dedicated sculptors 4 months to prepare. Only the eventual victor was completed using wax and real organic hair. On Obama's inauguration day, US citizens were allowed free entry to the museum which is now Britain's most visited tourist attraction. 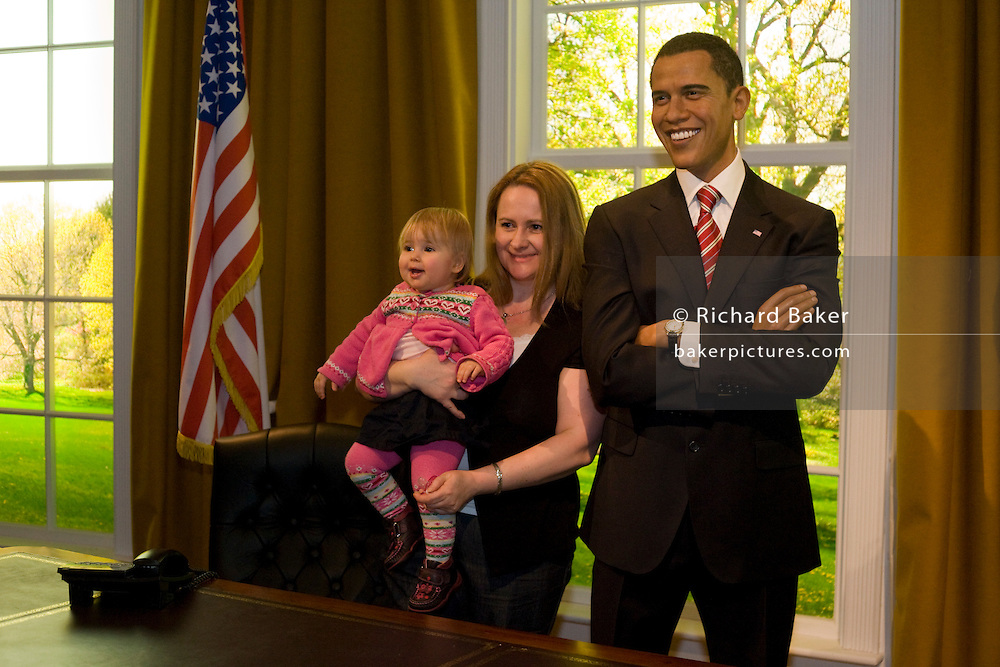