Young girls enjoy their latest purchase of foam hands as they exit the official London 2012 merchandise shop - hours before another successful gold medal win, this time by Team GB triathlete Alistair Brownlee in the men's Triathlon during the London 2012 Olympic Games. The mid-week event surprisingly drew huge crowds into the capital's largest public (royal) park for an event, not usually attracting families with children who all enjoyed the fine weather and easy temperatures. A London 2012 merchandise shop was set up on the southern side and parents and kids used the exterior hoarding featuring iconic London landmarks such as Nelson's Column, St Paul's Cathedral and Tower Bridge, to relax against after an early start from homes around the country 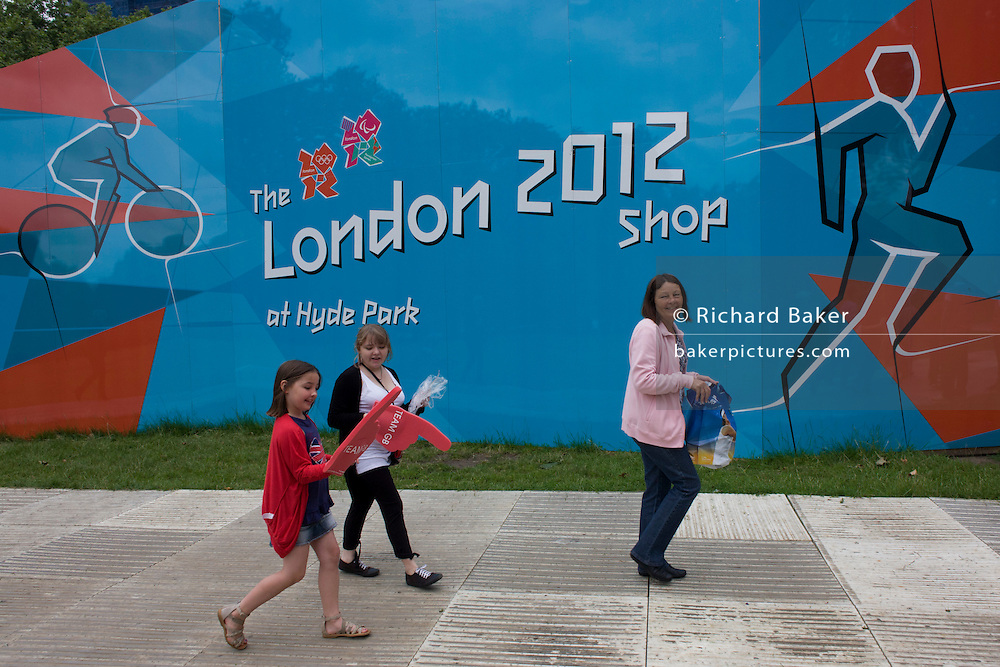