Two tourists walk downhill with their baggage towards one of the two cars of the funicular railway climbing the steep gradient of on Rua de Bica de Duarte Belo (Elevador da Bica), on 13th July 2016, in Lisbon, Portugal. The mechanical motor of the elevator was installed in 1890, but the lift only began functioning on 28 June 1892, after a couple of years of tests. The Bica Funicular is a funicular railway line in the civil parish of Misericórdia, in the municipality of Lisbon, Portugal. It connects the Rua de São Paulo with Calçada do Combro/Rua do Loreto, operated by Carris. (Photo by Richard Baker / In Pictures via Getty Images) 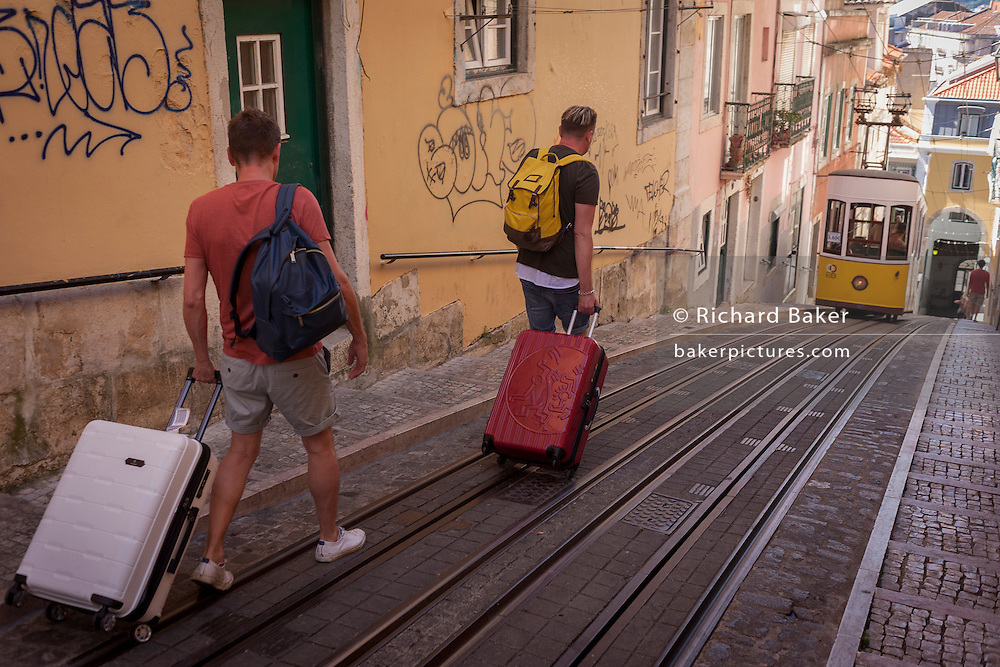