Waxwork models of Napoleon's generals (incl Marechal Soult, centre), re-enact the night before the Battle of Waterloo forming an exhibit inside the Memorial 1815 exhibition at the battlefield, on 25th March 2017, at Waterloo, Belgium. Inaugurated on the battle's bicentenary, visitors experience the history of Napoleonic Europe and the armies of both the French and allied armies on that day. The Battle of Waterloo was fought 18 June 1815. A French army under Napoleon Bonaparte was defeated by two of the armies of the Seventh Coalition: an Anglo-led Allied army under the command of the Duke of Wellington, and a Prussian army under the command of Gebhard Leberecht von Blücher, resulting in 41,000 casualties. 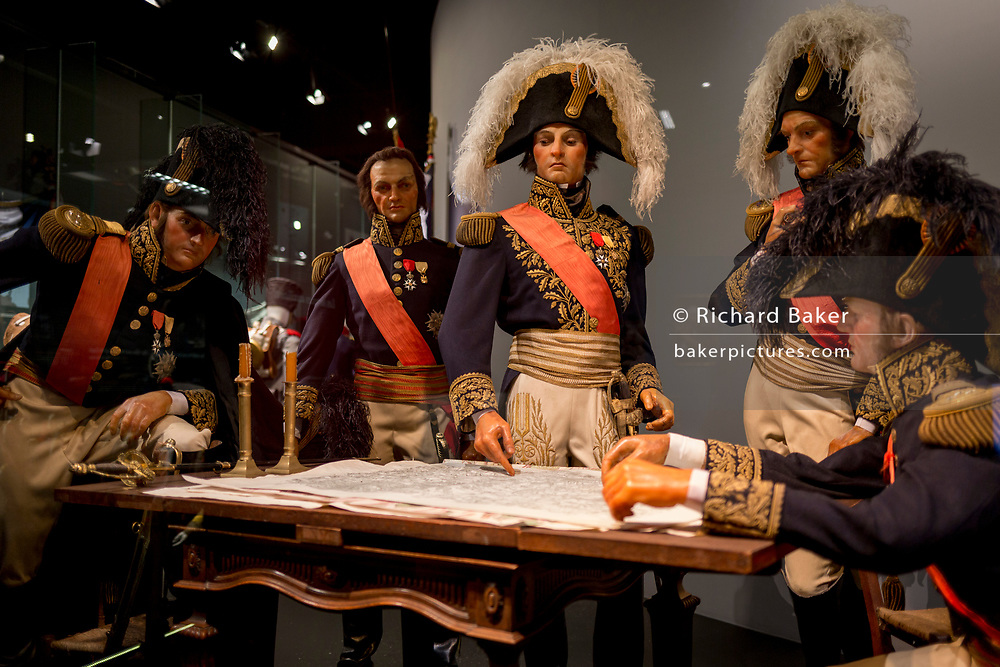