Visitors at the remains of Hadleigh Castle on 10th September 2019, in Hadleigh, Essex, England. Hadleigh Castle is a ruined fortification in the English county of Essex, overlooking the Thames Estuary from south of the town of Hadleigh. Built after 1215 during the reign of Henry III by Hubert de Burgh, the castle was surrounded by parkland and had an important economic and defensive role. The castle was significantly expanded and remodelled by Edward III, who turned it into a grander property, 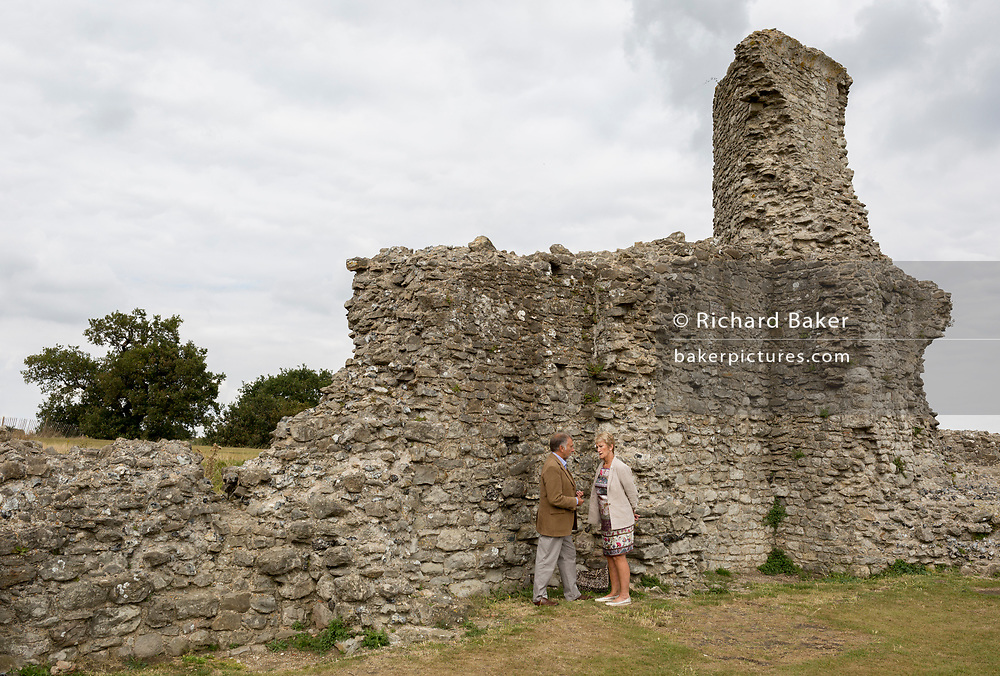