Workmen high on the jib of a crane that will construct the King's College Hospital helipad on Denmark Hill, south London. Watched by a UAV drone that is filming the operation on behalf of the hospital's trust, hovers alongside. King’s is home to the largest Major Trauma Centre in the South of England. It is also the ‘hub’ for the South East London, Kent and Medway (SELKaM) major trauma network, which covers 5.5 million people, or 7.8% of the UK population. The trauma team at King’s regularly feature in the Channel 4 documentary series ’24 Hours in A&E’, which is filmed at the hospital. 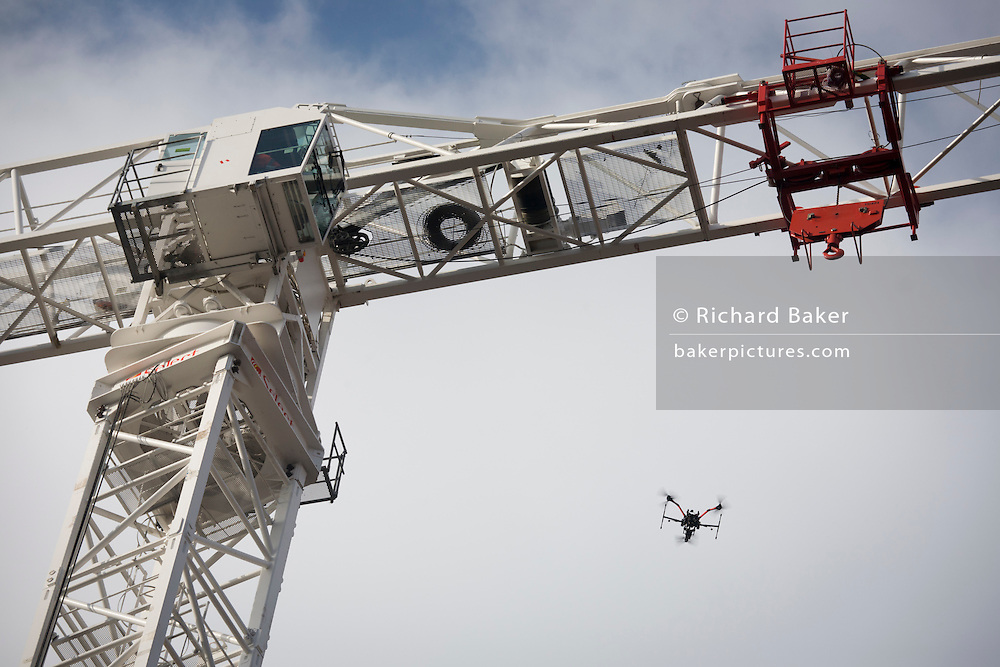