An officer from the Atlanta Police Department puts his boot on a man's chest who is lying still in the gutter on the street. He and another person have been fighting in the downtown area and the officer has arrived in his patrol car after reports that a street brawl needed his interception. The officer's belt with a gun secured in its holster can be seen from a low ground level angle. It is a desolate and sinister place and the lights from a passing car and the green fluorescent glow from a parking lot (car park) is in the background. The police officer needs to calm the violent situation, pacifying the two men before the matter gets out of hand and preventing him from causing more trouble, he places his weight on the thorax to pin the male on the ground. 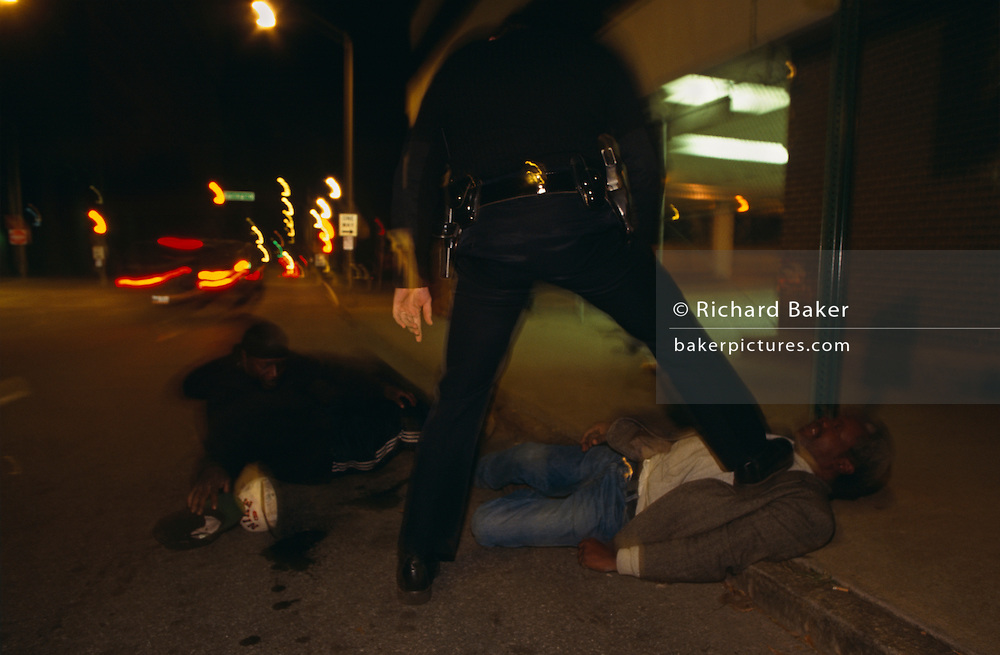