An old T34 Soviet-era tank covered in graffiti abandoned on overgrown wasteground in Bermondsey, London. ..The T-34 was a Soviet medium tank produced from 1940 to 1958. Although its armour and armament were surpassed by later tanks of the era, it has been often credited as the most effective, efficient and influential design of World War II. First produced at the KhPZ factory in Kharkov (Kharkiv, Ukraine), it was the mainstay of Soviet armoured forces throughout World War II, and widely exported afterwards. It was the most-produced tank of the war, and the second most-produced tank of all time, after its successor, the T-54/55 series. In 1996, T-34 variants were still in service in at least 27 countries... 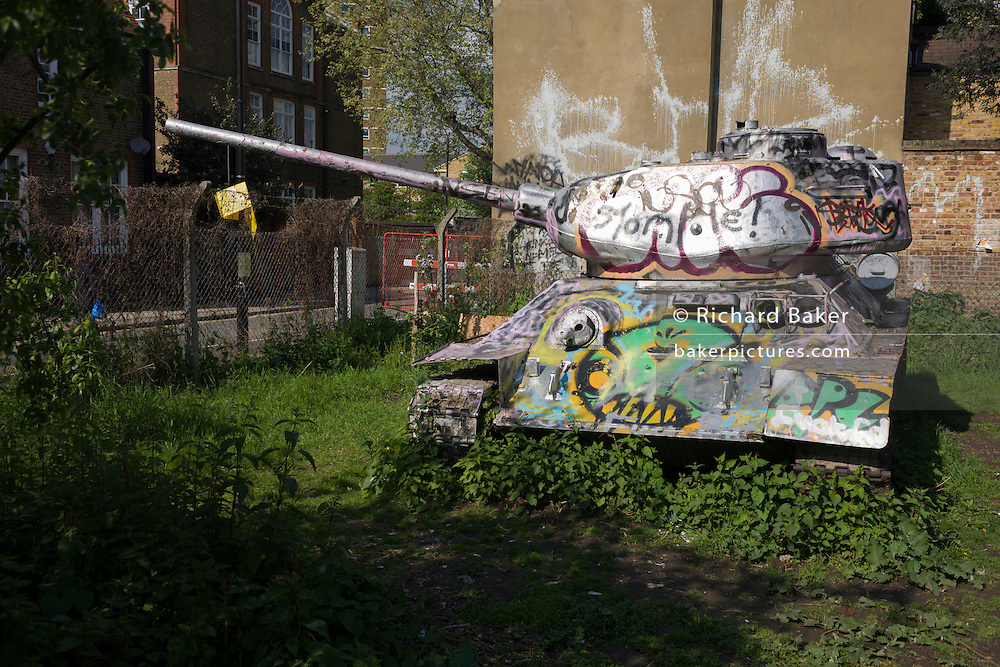