As a scooter rider on a Vespa edges past, a number 28 tram rumbles along a narrow street in the Portuguese capital, on 13th July 2016, in Lisbon, Portugal. The 28 is one of the trams not only used by the people of the capital but also of an increasing number of tourists who ride the entire route from Prazeres cemetery in the west of the city, to Rossio in the centre, after a loop through some of the most amazing streets and landmarks. So crowded is the 28, that older locals often can't sit down, having to stand over younger, inconsiderate tourist families who want a window seat for the entire journey - and back. Notices at termini remind visitors that this is a public service and to consider locals. (Photo by Richard Baker / In Pictures via Getty Images) 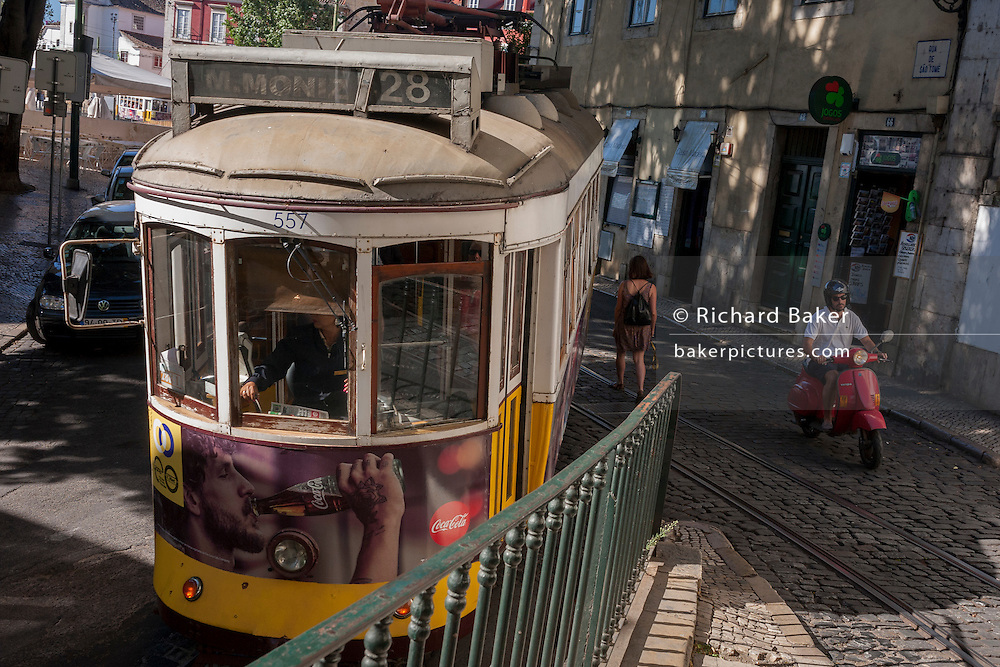