A Libyan exile burns a picture of dictator Colonel Gaddafi during protests opposite London Libyan embassy during the country's 2011 uprising. Holding up the picture of the man blamed for atrocities and for a 42-year history of oppression to his people, the flames lick around the paper, ready to engulf his image. In the background we see the pre-revolutionary flag that Libyans have adopted as their new flag after Gaddafi's downfall. 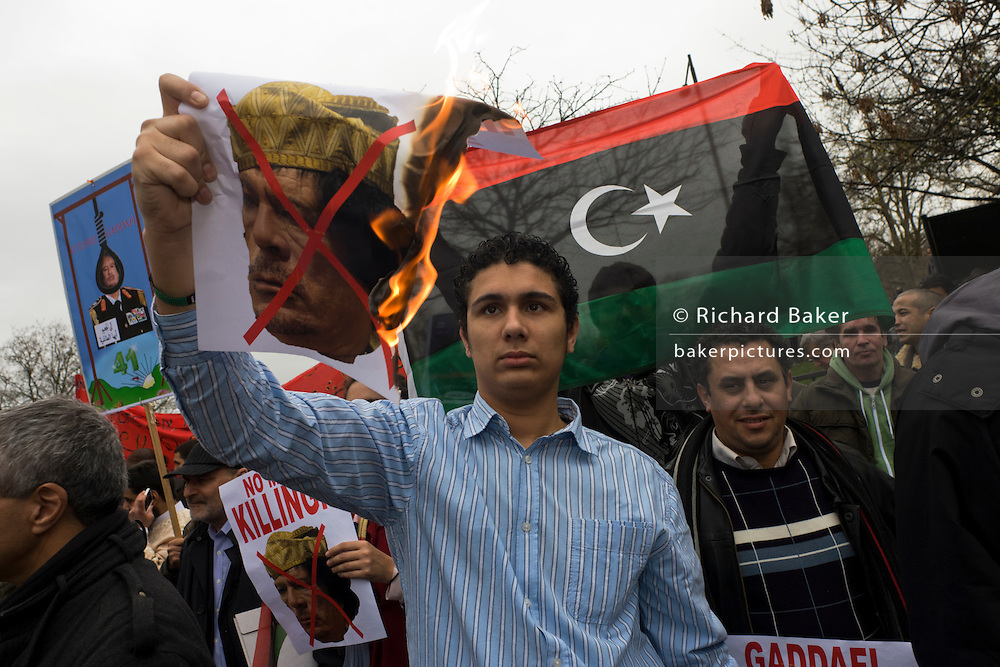