Beneath an ugly breeze block concrete wall, a couple are enjoying their holiday in the English seaside town of Paignton, Devon. Sitting in striped deckchairs they are both curiously touching their own genital areas between their legs, perhaps both scratching an itch. The lady in sunglasses wearing a floral dress on the left looks guilty while her topless male partner appears more amused by the interruption. In this depressing corner of Paignton, also called the English Riviera, the grey construction behind them is a grim reminder of what it is often like to holiday in one's own home country where few exotic luxuries are found. Such squalor is unfortunately common around the UK and a reason why people take their vacations abroad. Even the grass below them is bare with weeds growing and soil at the foot of the wall. 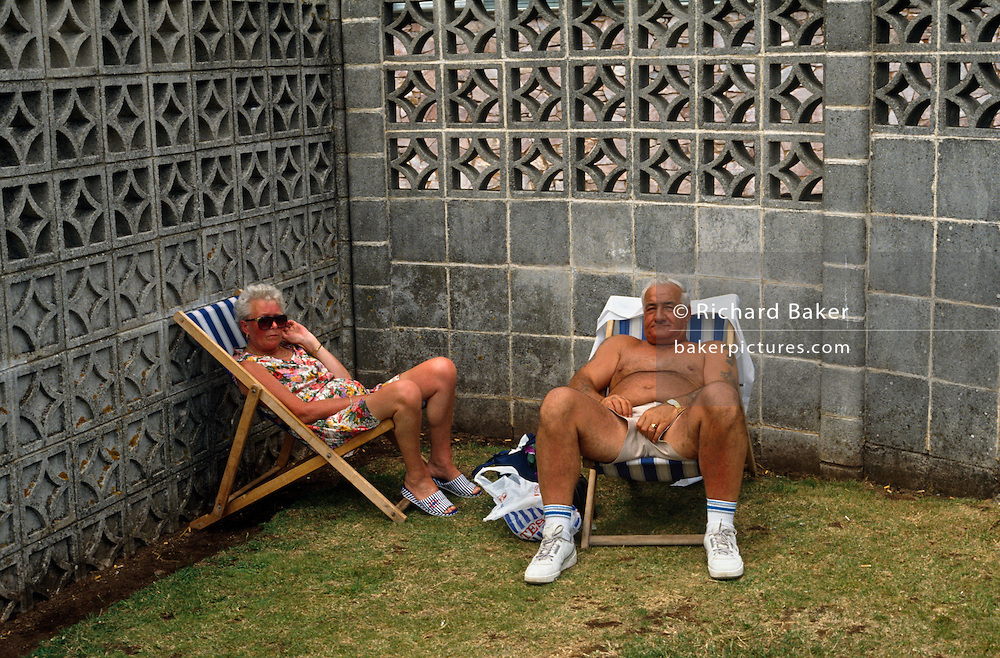