High winds and wet weather herald an uncertain week in the Britain less than 24 hours before the UK's general election. Unlikely prospects for a majority government by the end of the week means stormy deals between political parties and discontent with voters. English flags on a tourist kiosk hang below the Elizabeth Tower containing the bell known as Big Ben. 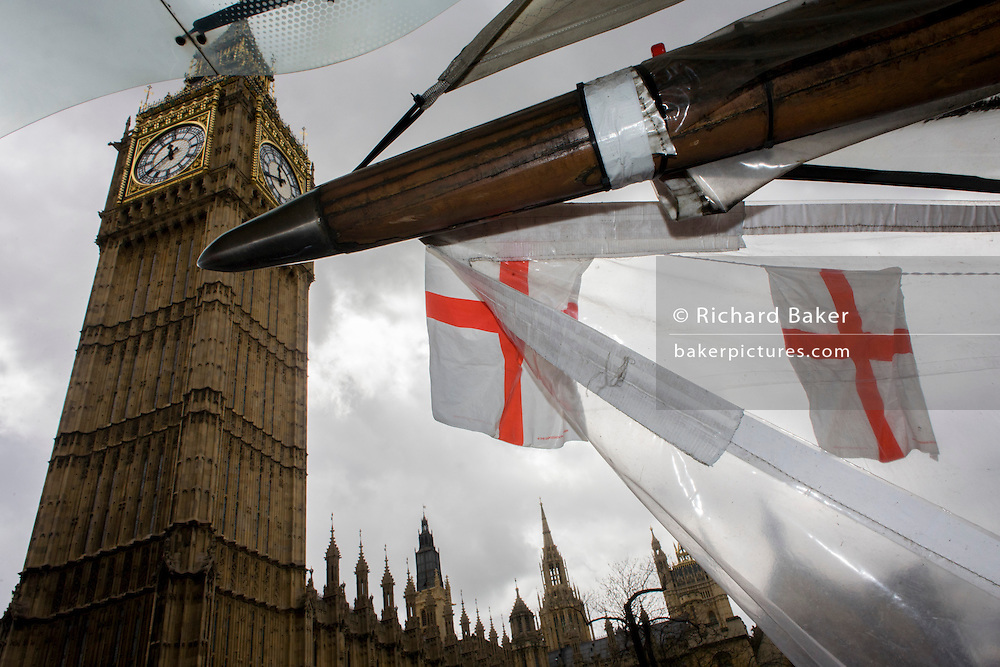