A detail of the English oak timbers used to construct the open-theatre know as Shakespeare's Glob on London's southbank. Recreating the Tudor playhouse, 20th century builders, techniques used in the reconstruction of the theatre were painstakingly accurate. 'Green' oak was cut and fashioned according to 16th-century practice and assembled in two-dimensional bays on the Bankside site; oak laths and staves support lime plaster mixed according to a contemporary recipe and the walls are covered in a white lime wash. An oak is a tree or shrub in the genus Quercus (Latin "oak tree"), of which about 600 species exist. "Oak" may also appear in the names of species in related genera, notably Lithocarpus. .. 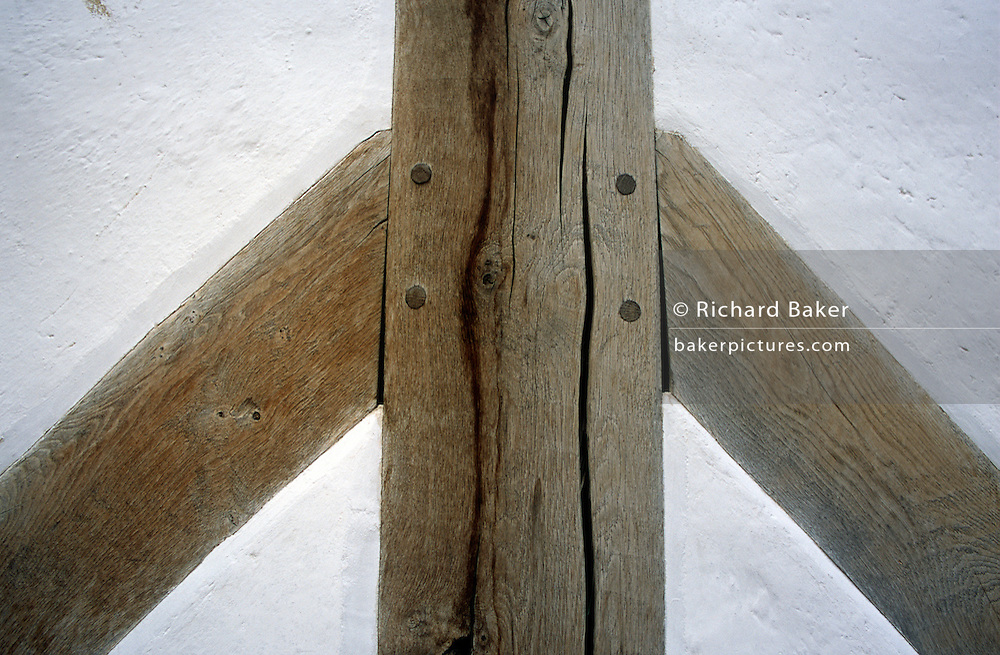