The 12th Fourth Plinth commission by the Mayor of London artwork entitled 'The Invisible Enemy Should Not Exist' by the artist Michael Rakowitz, in Trafalgar Square, on 29th March, 2018 in London, England. Started in 2006, the sculpture recreates over 7,000 archaeological artefacts looted from the Iraq Museum during the war there or destroyed elsewhere. Oneof these was Lamassu, a winged deity which guarded Nergal Gate at the entrance to the ancient city Assyrian city of Nineveh (modern-day Mosul, Iraq) which was destroyed by ISIS in 2015. The Lamassu, which had the same footprint as the Fourth Plinth is made of empty Iraqi date syrup cans, representative of a once-renowned industry. 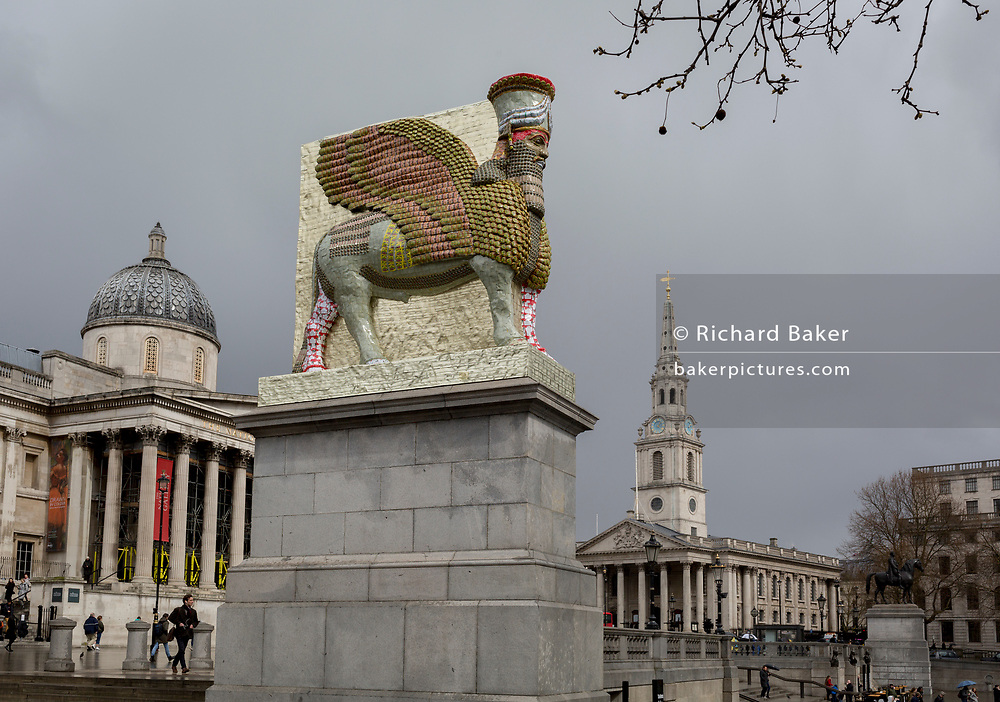