A lone animal Rights protester stands outside the offices of the French Axa Insurance company, condemning the controversial animal-testing laboratory Huntingdon Life Sciences. Standing between two security guards, the protester holds a picture of an injured Beagle dog. AstraZeneca is one of the world's leading pharmaceutical companies and Axa is being targeted because of its association as a large equity shareholder of AstraZeneca - Legal & General - who have nearly 60 million shares in AZ. Campaigners have tried to close Huntingdon and has targeted investors and suppliers to put pressure on the company. Extremists have firebombed cars and intimidated staff and shareholders. They claim that Huntingdon kills 500 animals a day in tests for products such as weedkiller, food colouring and drugs. 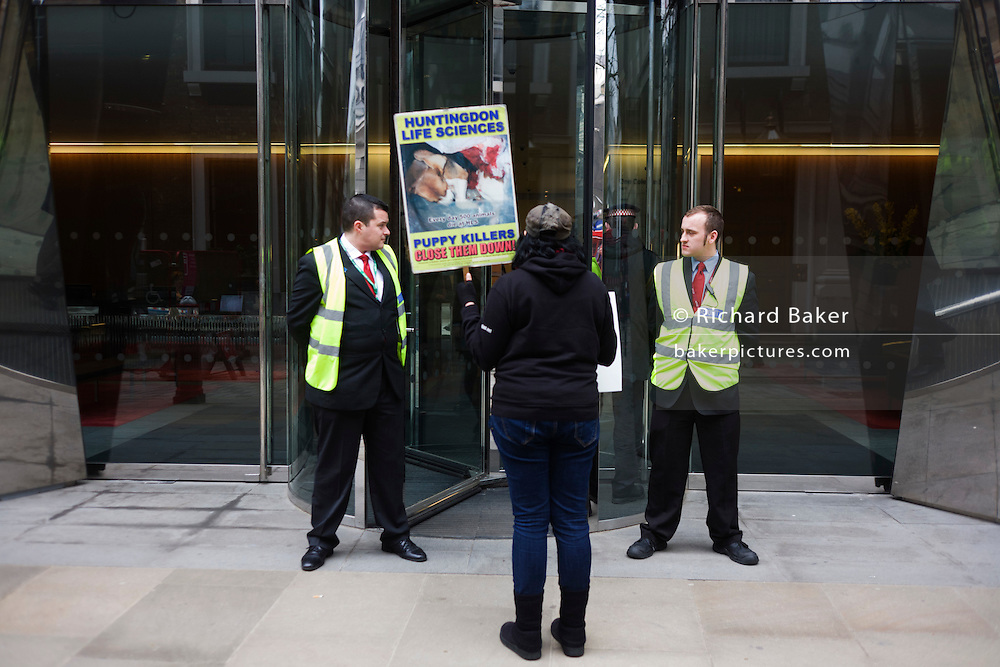