Virgin Chairman Sir Richard Branson performs in front of the media during a publicity launch of Virgin Atlantic's new Airbus A340-600 which is parked behind the business tycoon during the Farnborough Air Show in Hampshire, England. He stands on one leg in a typically eccentric aviation-owner balancing trick. Behind him near the aircraft's nose a Virgin 'babe' echoes his outstretched arms while flying the British Union Jack flag. Farnborough centres its presence on big aerospace business to the tune of $40bn in orders and industry leaders like Branson, Boeing and Airbus parade their brands and announce new orders throughout the week-long display. Picture from the 'Plane Pictures' project, a celebration of aviation aesthetics and flying culture, 100 years after the Wright brothers first 12 seconds/120 feet powered flight at Kitty Hawk,1903. . 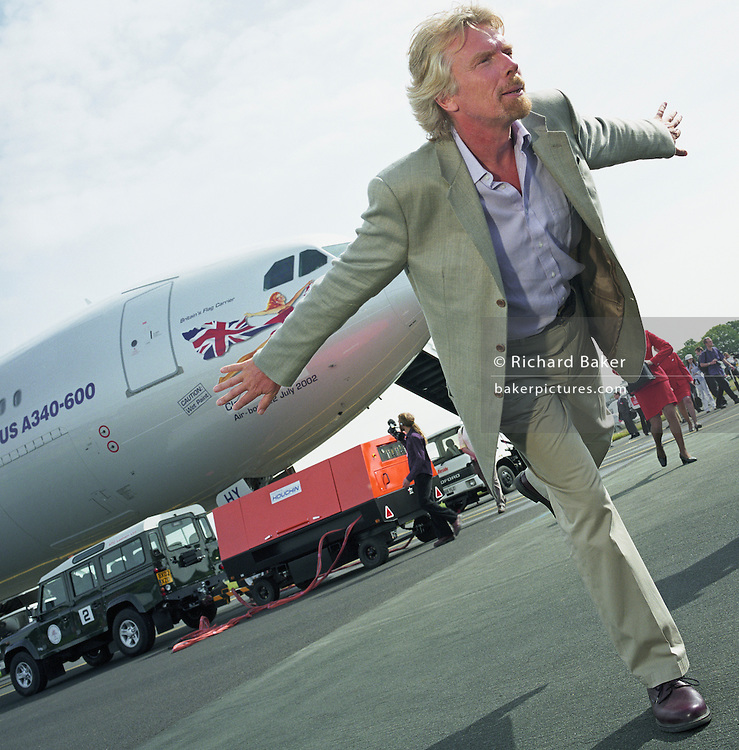