Baggage belonging to a British Airways Concorde crew is lined up beneath their aircraft after arriving at Oshkosh Air Venture, the world?s largest air show in Wisconsin USA. Twelve cases match 12 of Concorde's tiny windows and some of the crowd either take shelter from the sun or walk around the supersonic jet in awe of this engineering marvel. Their baggage is lined up beneath the aircraft during its visit to this huge show in Wisconsin, USA. Close to a million populate the mass fly-in over the week, a pilgrimage worshipping all aspects of flight. The event annually generates $85 million in revenue over a 25 mile radius from Oshkosh. Picture from the 'Plane Pictures' project, a celebration of aviation aesthetics and flying culture, 100 years after the Wright brothers first 12 seconds/120 feet powered flight at Kitty Hawk,1903. . 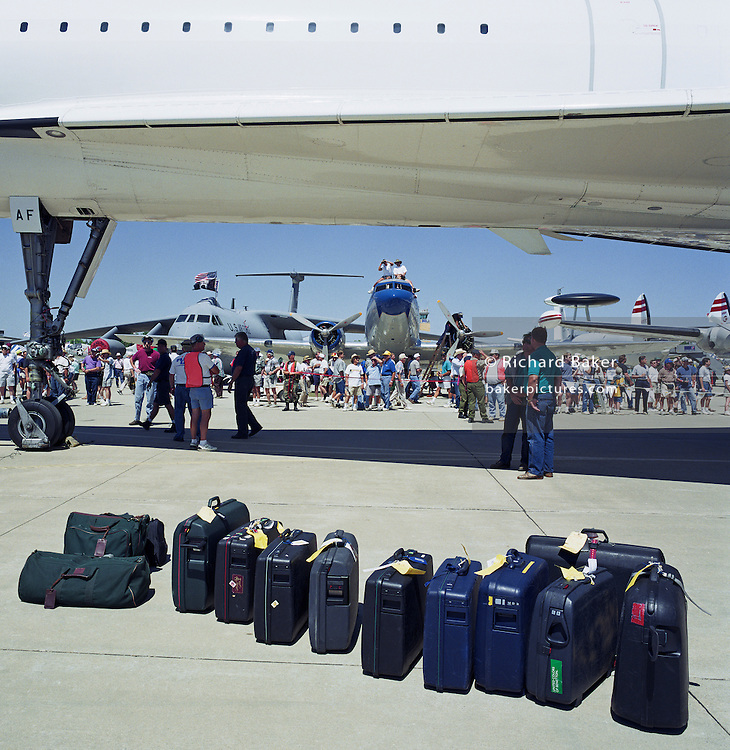