Battle Programmer Ingimar Gudmundsson (from Iceland, correct spelling with 'd') put the final touches to Empire, at the latest at Creative Assembly, the PC gaming brand Total War 's Horsham offices in West Sussex, England. .Up to 65 designers, artists and animators have worked on Empire: Total War (about the formation of the United States - the road to independence) for 3 1/2 years. Historical accuracy is such that research into weaponry, ships and events is as realistic as possible with the employment of historians with PHDs and degrees. (Note to editors: High-resolution screen grabs of Empire are in the possession of writer Nina Ernst). 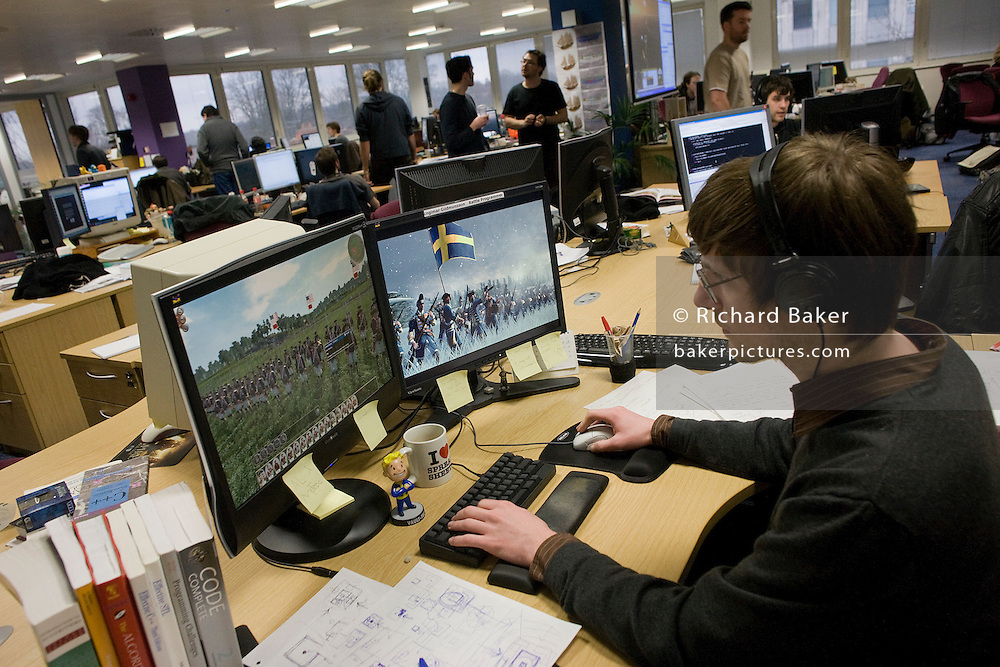