A symbolic grasp for British political power. The reaching hands of ex-South African President Nelson Mandela's statue seemingly grasp the Big Ben clock tower in Parliament Square, Westminster, central London. On the day of the British general election where a hung parliament is a possibility, the fight for power of the nation appears to be an historic possibility. 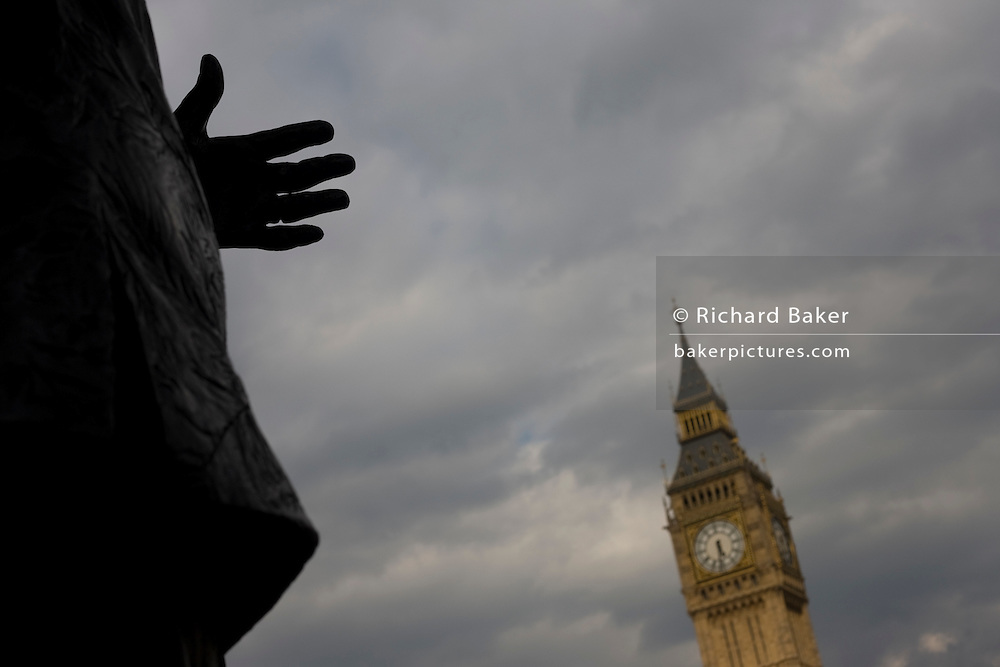