Parked on the apron at Paris Orly Airport, a lone pilot of the French national airline Air France, leans out of his right-hand seat's cockpit window of his Boeing 777-328/ER aircraft (F-GSQT). It is a bright morning at this international hub for Air France and without help from ground staff, the silver-haired gentleman who may be the captain and commander of the aircraft (because of age and seat position) has decided to get on with the job of cleaning his window himself much like a driver wiping away flies from his car windscreen. Here however, this chore being performed approximately six meters off the ground so safety is vital - just as a clear front view for the flight-deck crew before their flight. Attached to the plane is the mobile walkway, the air bridge, that awaits boarding passengers but no 'ramp agent' is below. . 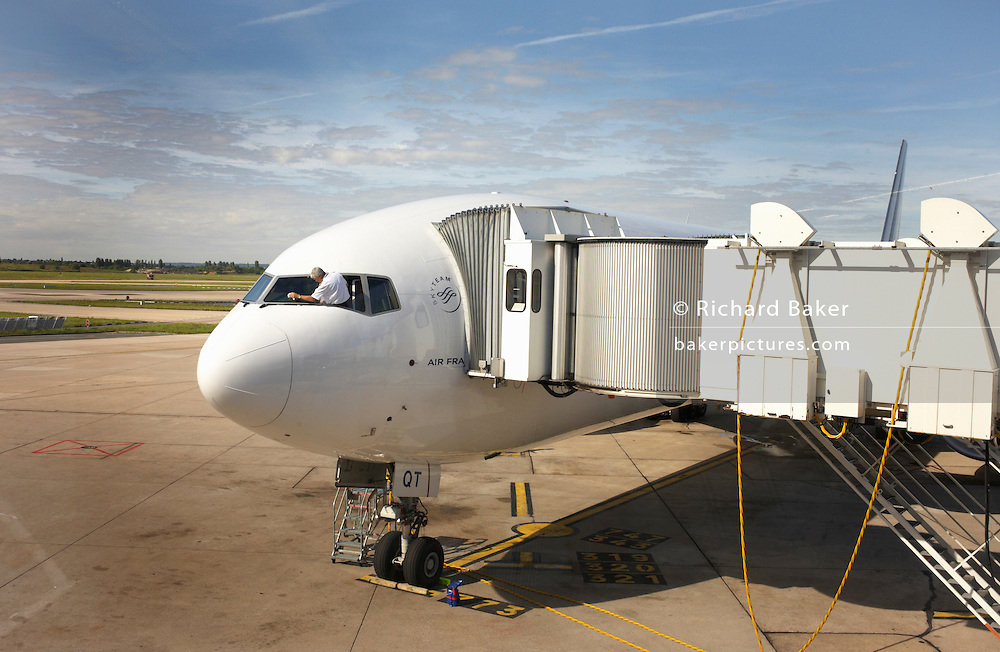