Travellers from across the West Country and beyond at the ancient annual Priddy Sheep (and horse) fair in Somerset, England. In a clash of garish pinks, a young woman wears a skin-tight dress with alongside relatives and a candy floss market stall in a field on the outskirts of the village, hoping to sell the vehicle. Set in the Mendip Hills, in the south-western English county of Somerset, the Priddy Sheep fair is host to an odd mix of farmers and travellers (commonly and incorrectly known as gypsies). In this field set aside purely for travellers, many with West Country accents but also with nearby Welsh and Irish too, deals are done with a traditional spit on the hand and a smacking of palms, selling a pony to another family. The Priddy Sheep Fair moved from the city of Wells in 1348 because of the Black Death. 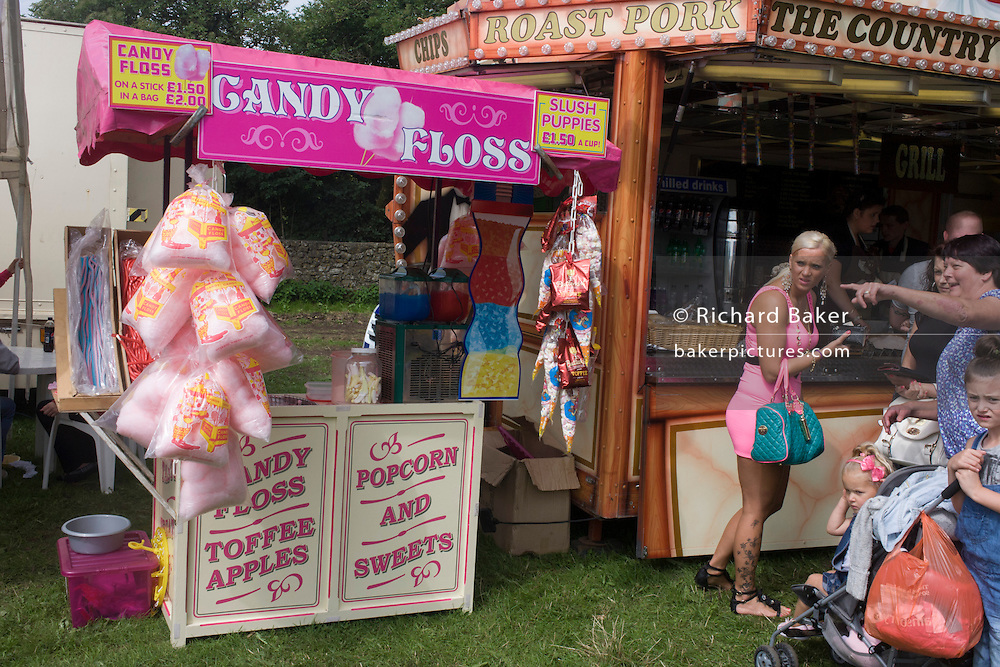