Two fishermen return to their home port of Tarbert on the western Scottish Isle of Mull. Looking towards the quay that will receive their boat called Prospector and where they are to unload their catch of shrimp, one man is the skipper and he steers the vessel from the wheelhouse while his partner at sea, wears chest-high waders and matching rubber gloves that can handle fish and sea creatures they drag up from the Atlantic waters. The boat has its identifying letters and number on its hull TT25 as well as on the life-ring it carries by law. The men probably support their families and so are the breadwinners - their livelihoods dependent of fisheries policy and EU quotas that dictate how much they're allowed to catch per day/per week. But they are safe after a period at sea and appear happy to have returned with a catch to sell. 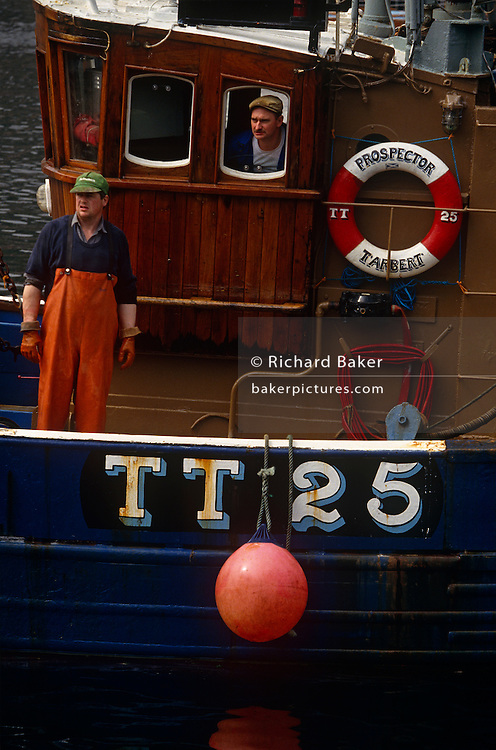