The occupiers of Carnegie Library appear at the building's locked gates in Herne Hill, south London while occupiers remain inside the premises on day 5 of its occupation, 4th April 2016. The angry local community in the south London borough have occupied their important resource for learning and social hub for the weekend. After a long campaign by locals, Lambeth have gone ahead and closed the library's doors for the last time because they say, cuts to their budget mean millions must be saved. A gym will replace the working library and while some of the 20,000 books on shelves will remain, no librarians will be present to administer it. 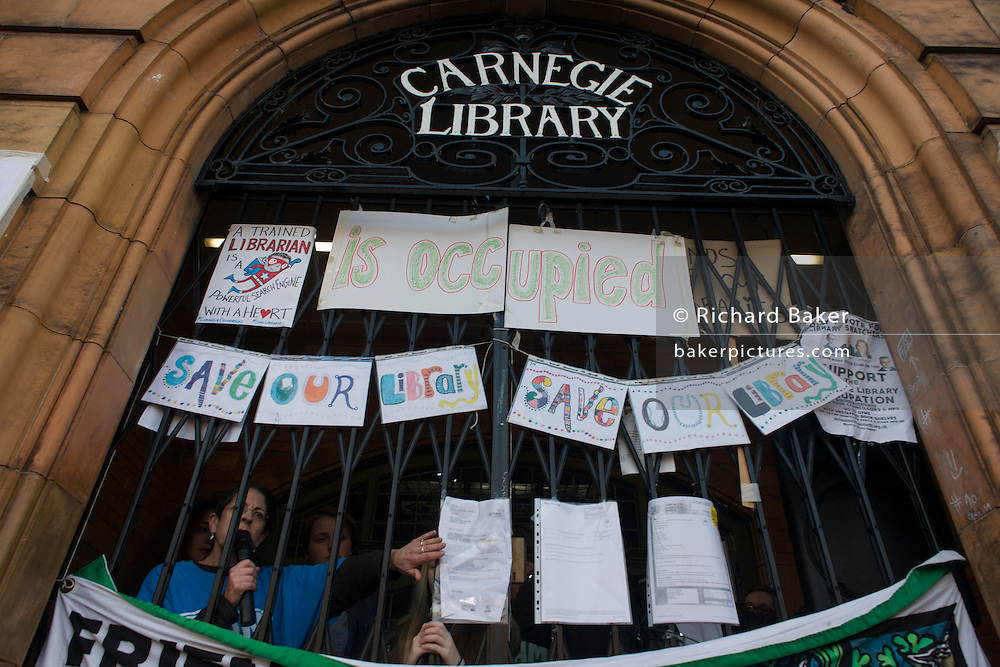