A middle-aged woman walks along a gloomy street in Toxteth, Liverpool, England. Passing a boarded-up greengrocer that probably once served the local community, the lady strides past its sealed window and the name of its past owner, obviously proud of her business' quality in an otherwise run-down area. Toxteth saw serious rioting in 1981 and the legacy of social-deprivation ever since meant a breakdown of law and order. Used as the epitome of poor inner-city Britain, it is located to the south of the city and is synonymous with social issues, degradation and poverty with some of the most underprivileged families in the UK. Recently many streets in the worst areas have been demolished including a threat to Beatle Ringo Starr's childhood home. 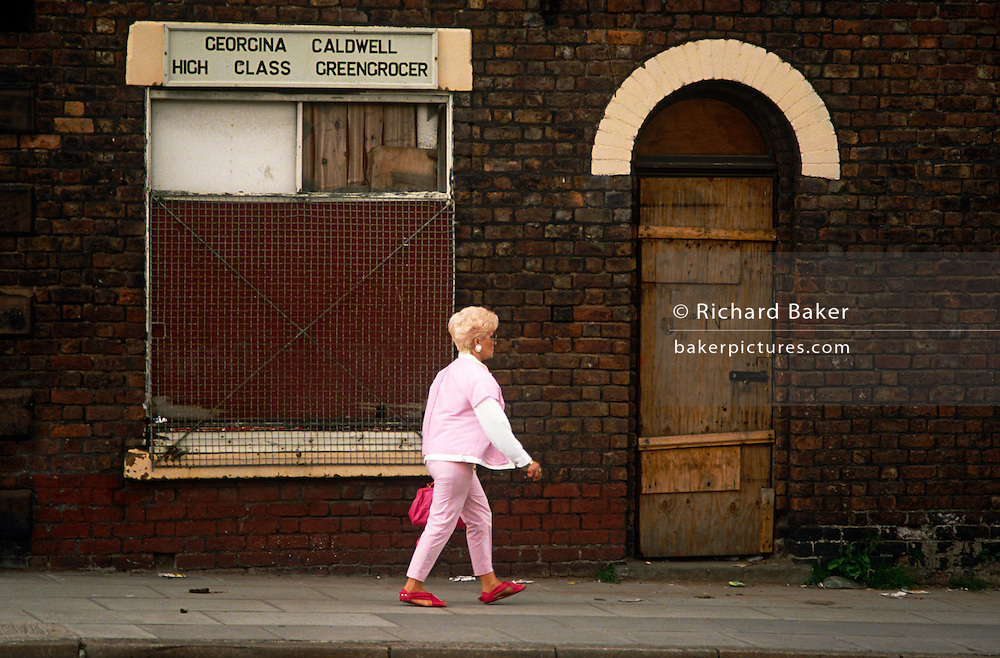