A long-distance detail of London's telecommunications BT Telecom Tower. The BT Tower is a communications tower located in Fitzrovia, London, owned by BT Group. It has been previously known as the Post Office Tower, the London Telecom Tower and the British Telecom Tower. The main structure is 177 metres (581 ft) tall, with a further section of aerial rigging bringing the total height to 191 metres (627 ft). In 1962, the BT Tower overtook St Paul's Cathedral to become the tallest building in London. Its primary purpose was to support the microwave aerials then used to carry telecommunications traffic from London to the rest of the country, as part of the British Telecom microwave network. 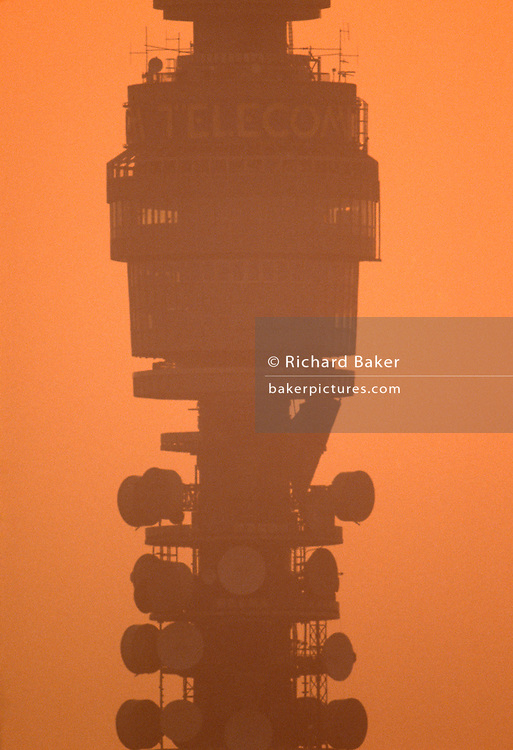