England - London - The London Eye turns over the River Thames

The ever-turning London Eye is seen over the River Thames with the Palace of Westminster and Parliament beyond. The wheel is blurred after a minute's exposure and the blue sky behind renders evening as a romantic cityscape backdrop. We see Big Ben in the Tower of Westminster and Parliament just as they have become floodlit and the stand out set against the other buildings, very easily recognised as the iconic London landmarks known around the world. The Eye, or as it was known in 2000, the Millennium Wheel, was designed by architects David Blian, Julia Barfield, Malcolm Cook, Mark Sparrowhawk, Steven Chilton and Nic Bailey, and carries 32 sealed, air-conditioned passenger capsules which rotate at 0.26 metres (0.85 feet) per second (about 0.9 km/h or 0.5 mph) so that one revolution takes about 30 minutes. 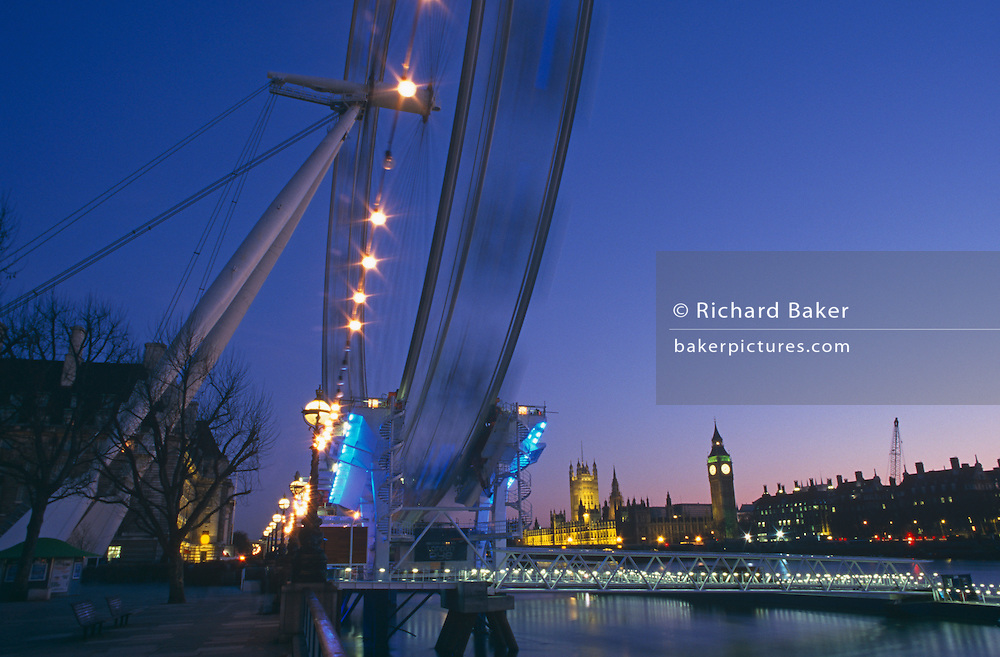