Two businessmen of Asian descent have stopped at a bar in the City of London and are seated by the window in Cannon Street, near St Paul's Cathedral, England. They both have a similar skin tones and are equally smart in dark suits and ties. The male on the left cradles a pint of beer while other's drink is a half-pint of either lager or perhaps apple juice. They both look successful and confident about their friendship or business dealings as they share a joke or swap stories about their lives. They wear sun glasses against the late, strong sunshine but the background has gone dark because the sun has illuminated only their faces and chests. It is a picture of confidence, success and humour. 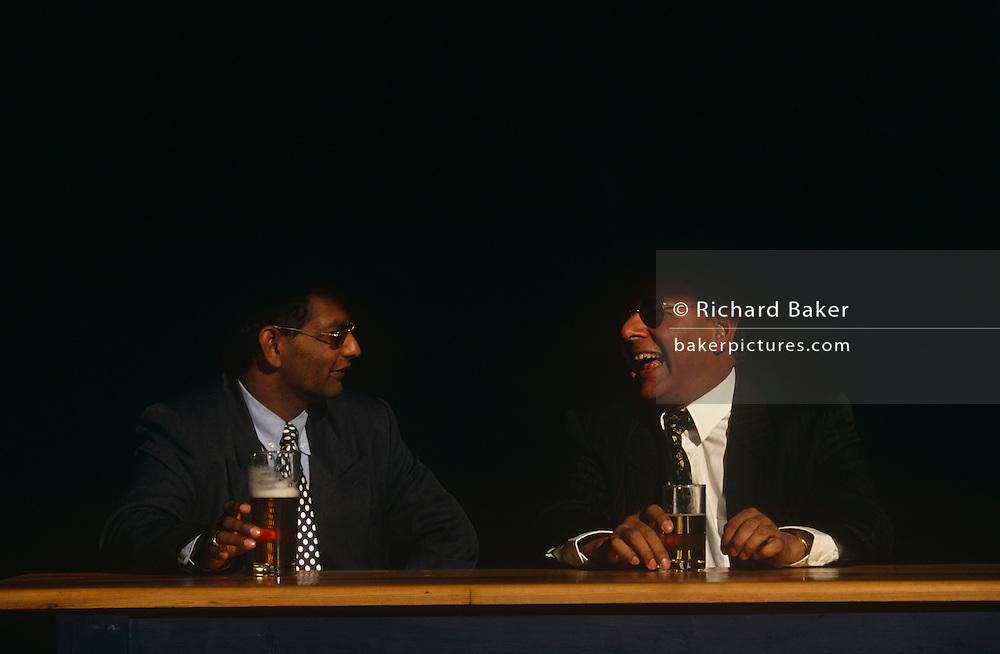