Italian operatic tenor Luciano Pavarotti performs in London during the free Party in the Park concert to celebrate his 30 years in opera
on 30th July 1991 in London's Hyde Park. A crowd of 100,000 stood in the rain to watch Pavarotti perform 20 arias by Verdi, Puccini, Bizet and Wagner. VIPs the Princess of Wales, Prime Minister John Major and Michael Caine were soaked in heavy rain along with everyone else sitting on the grass cowering beneath tarpaulins. Pavarotti helped bring an otherwise high-brow artform to the ordinary Man after the BBC used his rendition of Nessun Dorma to theme their World Cup TV coverage. 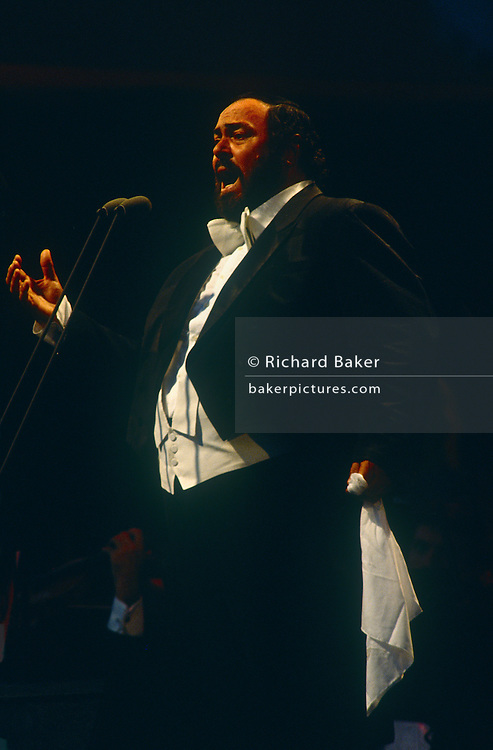