One of three scarred Chestnut trees, remains of a wood on the Waterloo battlefield where French troops died in their thousands outside the walls of Hougoumont Farm, on 25th March 2017, at Waterloo, Belgium. The trees trunks are still pockmarked by musket fire with holes still embedded in the bark. The chateau became an epicentre of fighting in the Battle as it was one of the first places where British and other allied forces faced Napoleon's Army. 12,000 allied troops defending 14,000 French. The Battle of Waterloo was fought on 18 June 1815. A French army under Napoleon Bonaparte was defeated by two of the armies of the Seventh Coalition: an Anglo-led Allied army under the command of the Duke of Wellington, and a Prussian army under the command of Gebhard Leberecht von Blücher, resulting in 41,000 casualties. 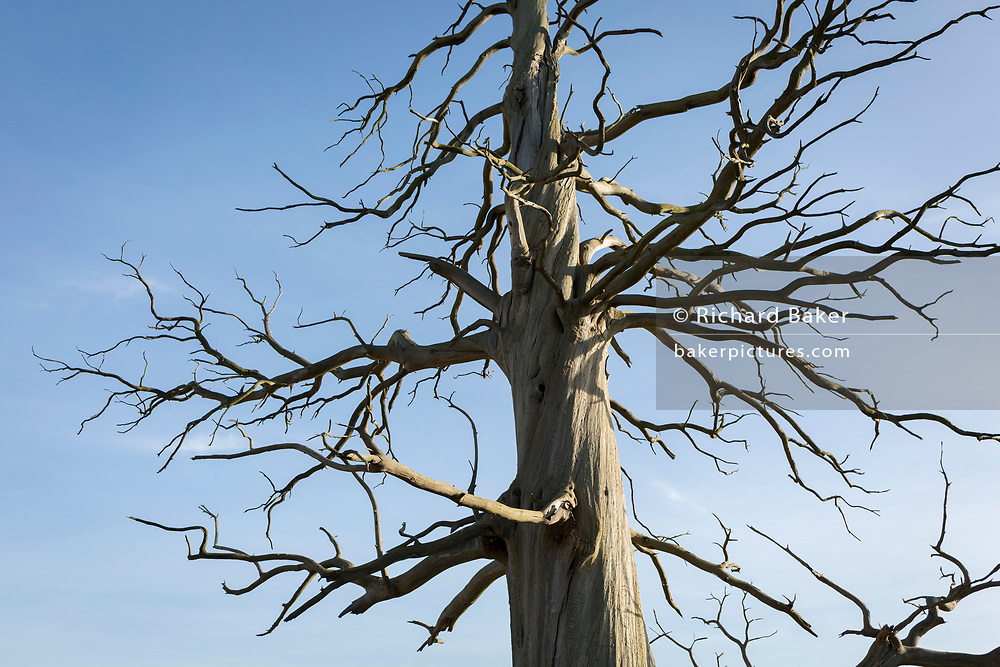