Shrine to Padre Pio, (1887 – 1968) at a smallholding located on the slopes of the Vesuvius volcano which last erupted in 1945. Pio was a friar, priest, stigmatist and mystic of the Roman Catholic Order of Friars Minor Capuchin. Padre Pio became famous for bearing the stigmata for most of his life, which generated much interest and controversy around him. He is now venerated as a saint in the Catholic Church. 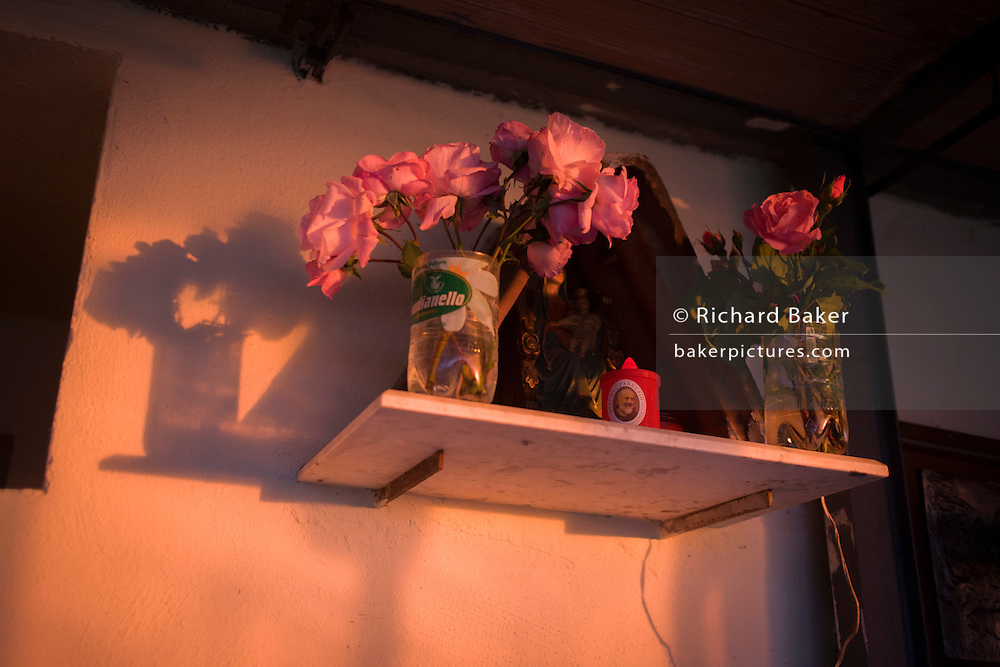