On US President Donald Trump's second day of a controversial three-day state visit to the UK, the veteran CND campaigner Bruce Kent sits among protesters voicing their opposition to the 45th American President, in Trafalgar Square, on 4th June 2019, in London England. Bruce Kent is a British political activist and a former Roman Catholic priest. Active in the Campaign for Nuclear Disarmament, he was the organisation's general secretary from 1980 to 1985 and its chair from 1987 to 1990. 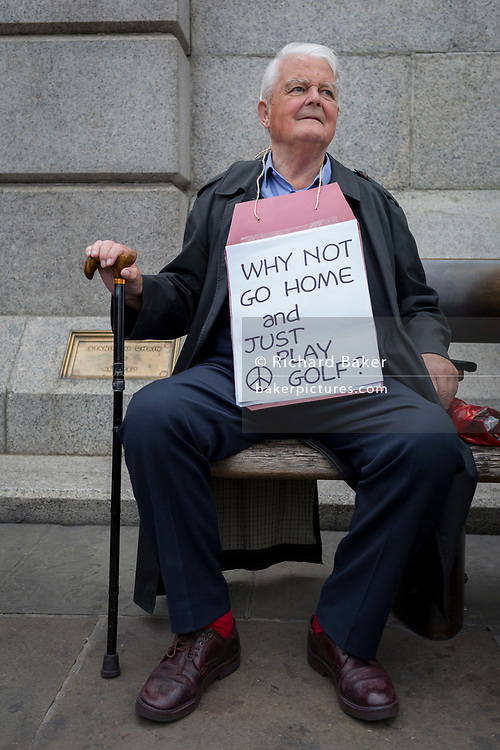