A detail of the arms of a Royal Marines Commando guarding the top deck of HMS Illustrious during a tour by the general public on-board the Royal Navy's aircraft carrier in Greenwich. The weapon is an SA80 (Small Arms for the 1980s) a British family of 5.56mm small arms. It is a selective fire, gas-operated assault rifle. The Royal Marine Corps (RM) is the marine corps and amphibious infantry of the United Kingdom and forms part of the Naval Service (along with the Royal Navy, Royal Fleet Auxiliary and associated organisations). The Royal Marines were formed in 1755 as marine infantry for the Royal Navy. However, it can trace its origins back to the formation of "the Duke of York and Albanys maritime regiment of foot" at the grounds of the Honourable Artillery Company on 28 October 1664 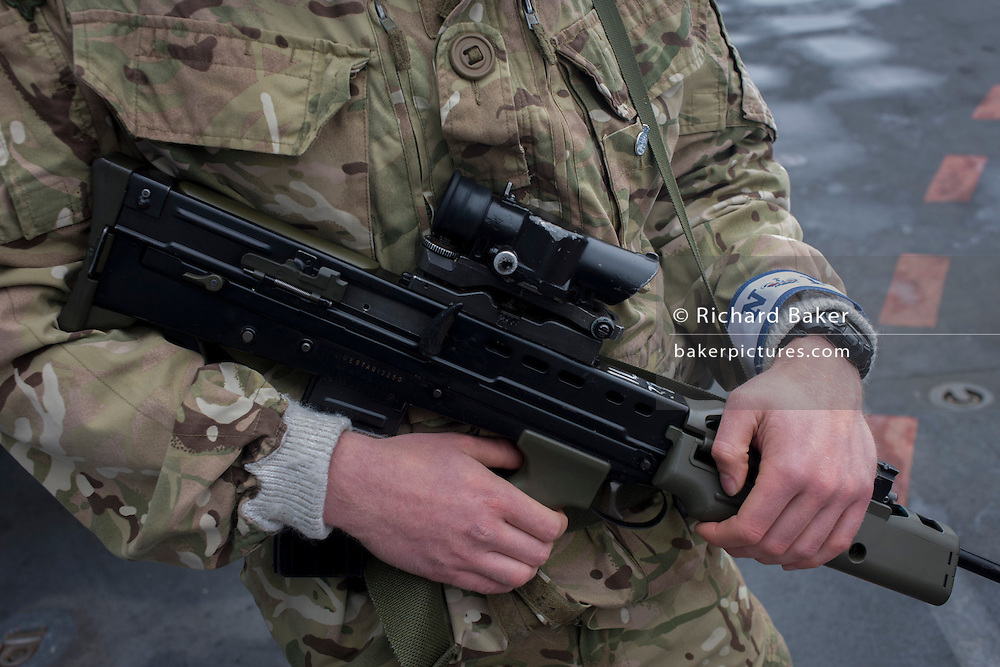