Children play with Mahjong tiles at a night-club, on 10th August 1994, in Macau, China. The Macau Special Administrative Region is one of the two special administrative regions of the People's Republic of China (PRC), along with Hong Kong. Administered by Portugal until 1999, it was the oldest European colony in China, dating back to the 16th century. The administrative power over Macau was transferred to the People's Republic of China (PRC) in 1999, 2 years after Hong Kong's own handover. 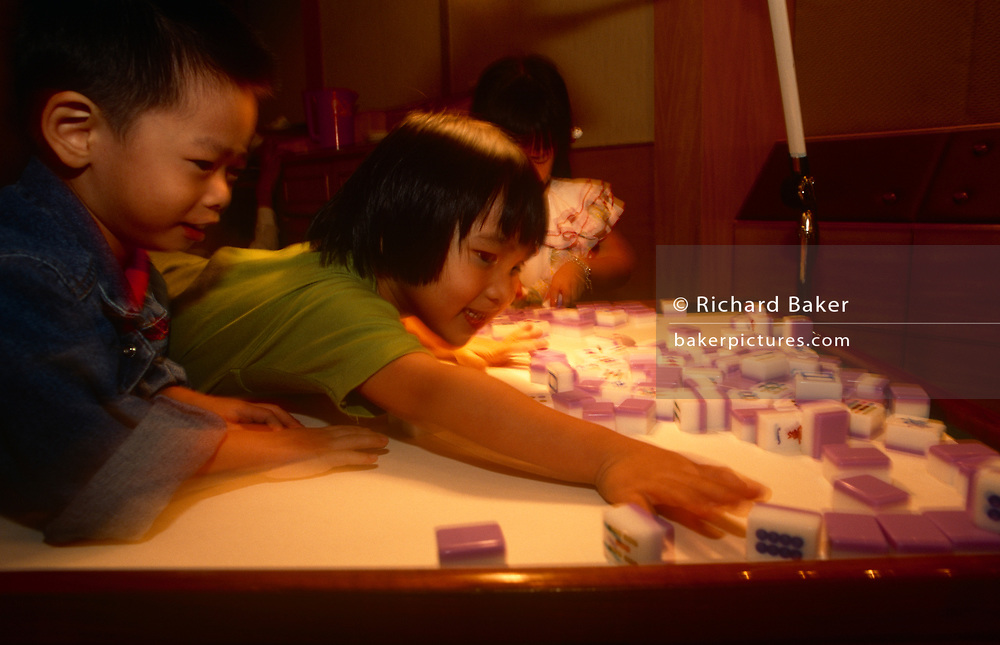