Messing about on a pedal water craft, a member of a local rowing club looks up to see where the cork to his opened champagne bottle will land on the River Thames during a particularly hot afternoon at the Henley Royal Regatta boat races, England. During this annual festival of high-society, serious rowing and general clowning around on the rural Thames. In 1829 a boat race challenge was held between teams representing the universities of Oxford and Cambridge. The venue chosen was a straight stretch of the Thames at the small town of Henley-on-Thames. Now held July and is one of the main dates on the sporting calendar and social season for the wealthy upper-classes. 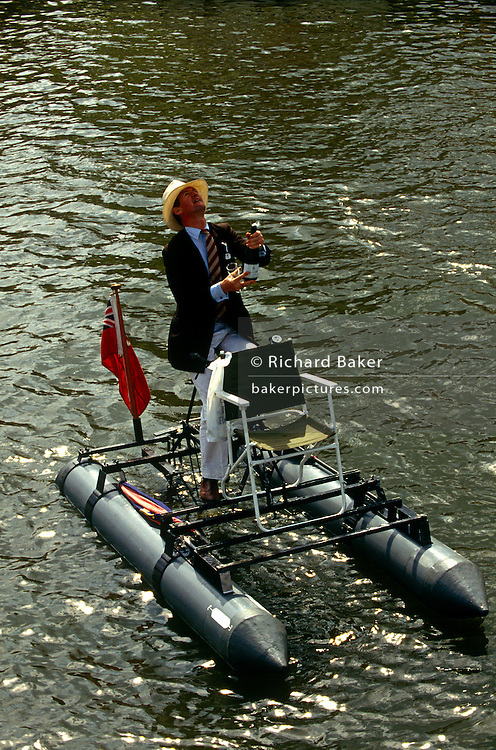