"7lbs 13oz." On a labour ward at Kings College Hospital, London, a new-born baby girl has been temporarily separated from her mother and placed uncomfortably in a small weighing dish, minutes after taking her first breaths, to record her birth-weight, recording in old imperial pounds and ounces rather than modern metric grams and kilo units. The midwife has clamped a plastic seal on the child's umbilical cord wound which eventually dries and falls off. The crying girl has a mass of black hair but whose ethnicity is caucasian. This is from a documentary series of pictures about the first year of the photographer's first child Ella. Accompanied by personal reflections and references from various nursery rhymes, this work describes his wife Lynda's journey from expectant to actual motherhood and for Ella - from new-born to one year-old. 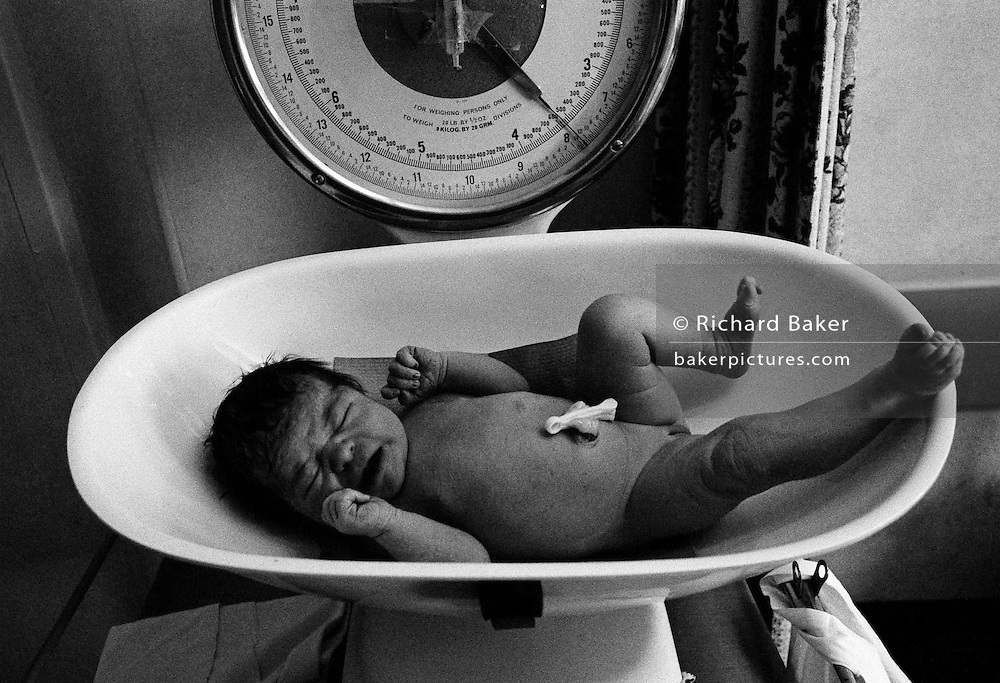