The new Channel Tunnel rail terminal under construction in the Kent countryside at Folkestone in 1989. A workman walks over part of the structure that will in the future, take the Eurostar and Shuttle trains through this portal underneath the town of Folkestone and on beneath the English Channel to the French coast. The technique is known as cut and cover. Eleven tunnel boring machines cut through chalk marl to construct two rail tunnels and a service tunnel. Tunnelling commenced in 1988, and the tunnel began operating in 1994. In 1985 prices, the total construction cost was £4.650 billion (equivalent to £11 billion today), an 80% cost overrun. At the peak of construction 15,000 people were employed with daily expenditure over £3 million. Ten workers were killed during construction between 1987 and 1993, most in the first few months of boring. 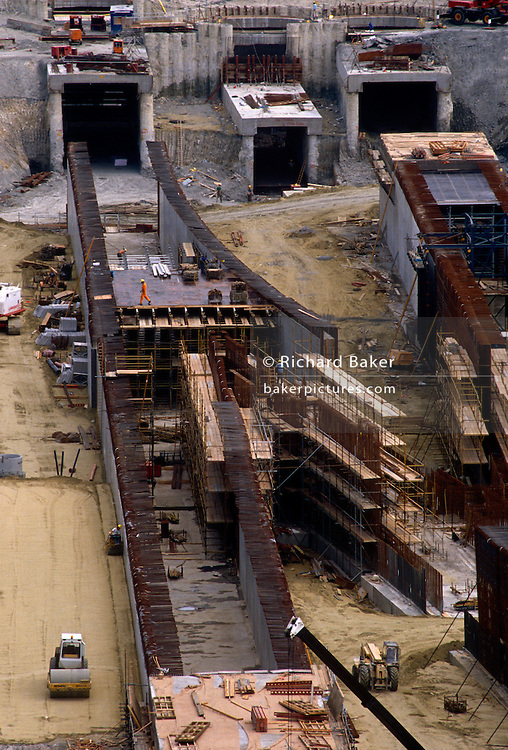