In the peristyle of the House of the Vettii in Pompeii is a fresco where an ancient painted mural to the Greek Goddess Urania was unearthed from volcanic ash after 2,000 years. In Greek mythology, Urania which stems from the Greek word for 'heavenly' or 'of heaven', was the muse of astronomy. Some accounts list her as the mother of the musician Linus, usually depicted as having a globe in her left hand, she can foretell the future by the arrangement of the stars and is often associated with Universal Love and the Holy Spirit. Those who are most concerned with philosophy and the heavens are dearest to her. Painted before the catastrophic eruption of Versuvius in AD79, the frescoes have been uncovered from metre-layers of ash and pumice but are now fading from moisture and cracked plaster. 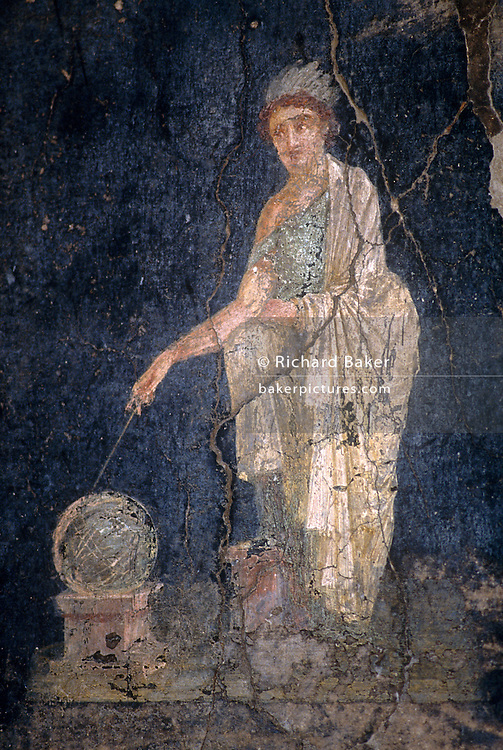