A pedestrian points towards a London site next to a temporary construction hoarding beneath the partially hidden statue of the world famous London Victorian-era landmark, Eros in Piccadilly Circus, on 25th February 2020, in London, England. Eros, or the Shaftesbury Memorial Fountain is located at the southeastern side of Piccadilly Circus in London, United Kingdom. Moved after World War II from its original position in the centre, it was erected in 1892–1893 to commemorate the philanthropic works of Lord Shaftesbury, who was a famous Victorian politician and philanthropist. The monument is surmounted by Alfred Gilbert's winged nude statue generally, though mistakenly, known as Eros. This has been called "London's most famous work of sculpture." 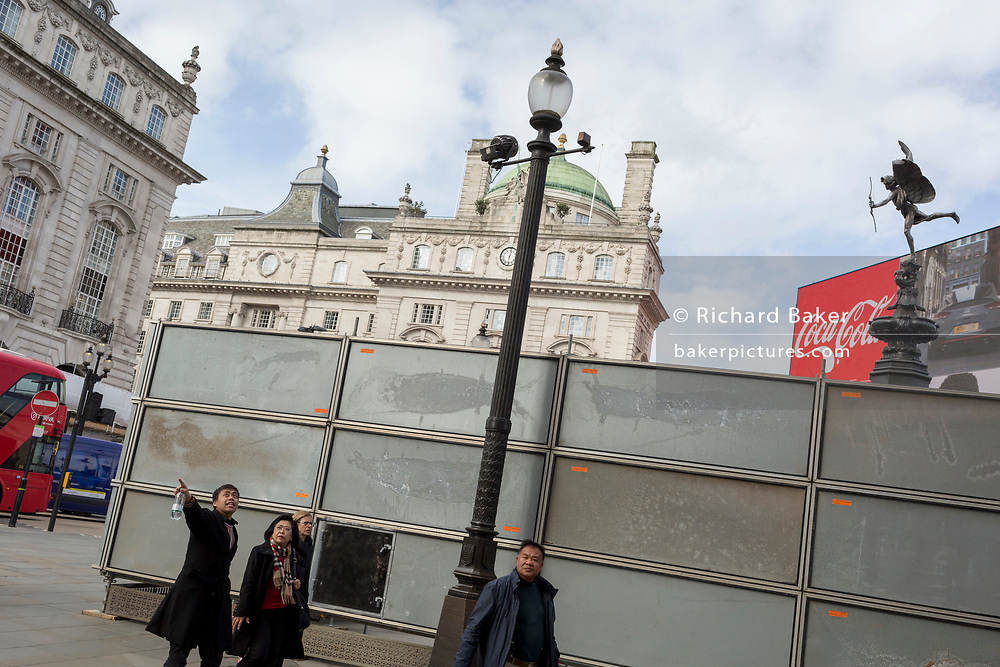