The British Rt. Hon. Alan Milburn, MP for Darlington is seen startling a young baby during a constituency visit to St George's Start-up Centre which offers crèche facilities, health and employment advice and wider support services for local children and families, in Netherfield, Nottingham England. The child looks scared to death as Milburn leans over with a fearful look on his face, as the child sits on its father's knee. Milburn was a supporter of Tony Blair (and therefore called a Blairite) and held numerous governmental posts, including: Minister of State for Health (1997-1998); Chief Secretary to the Treasury (1998-1999); Secretary of State for Health (1999-2003) and Chancellor of the Duchy of Lancaster (2004 to 2005). Source: www.alanmilburn.co.uk. 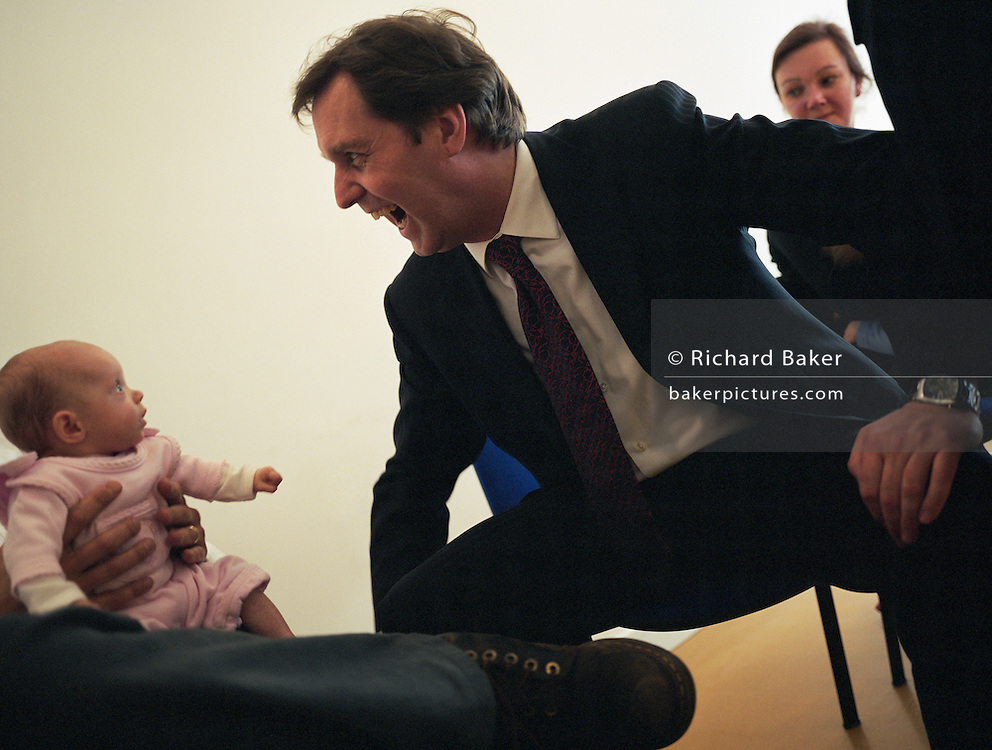