Lit by ambient light from airfield spotlights and with an American Airlines jet in the background, is one of three footing support struts belonging to Heathrow Airport's new control tower which is seen at night on the airfield's apron, the movement area where arriving and departing aircraft pass-by. The 285 feet (87 m) high tower is more than twice the height of the original, and was designed by Richard Rogers and constructed by Arup, costing £50m. From writer Alain de Botton's book project "A Week at the Airport: A Heathrow Diary" (2009). .. 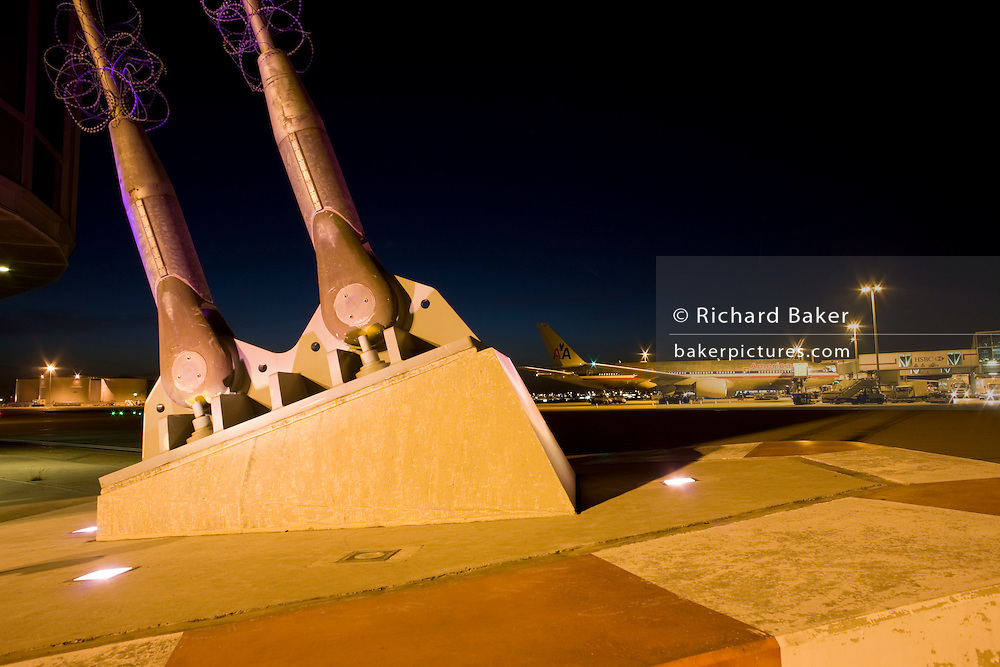