An empty hangar after the 'Red Arrows', Britain's Royal Air Force aerobatic team, have left their UK base at RAF Scampton for the sunnier climate and clearer skies of the Mediterranean at RAF Akrotiri in Cyprus. A lone engineer, left behind to continue the preparations before the start of the Summer air show season walks in the gap of the giant hangar doors. A yellow dustbin that collects foreign objects (FOD) is in the middle of the floor. The team will spend six weeks in Cyprus refining their air display techniques and skills before performing in front of the public from May onwards. Since 1965 they have flown over 4,000 such shows in 52 countries. The hangar dates to World War 2, housing Lancaster bombers of 617 Dambusters squadron who attacked the damns of the German Ruhr valley on 16th May 1943 using the Bouncing Bomb. This version of BAE Systems Hawks are low-tech, without computers nor fly-by-wire technology, Some of the team's aircraft are 25 years old and their airframes require frequent overhauls due. 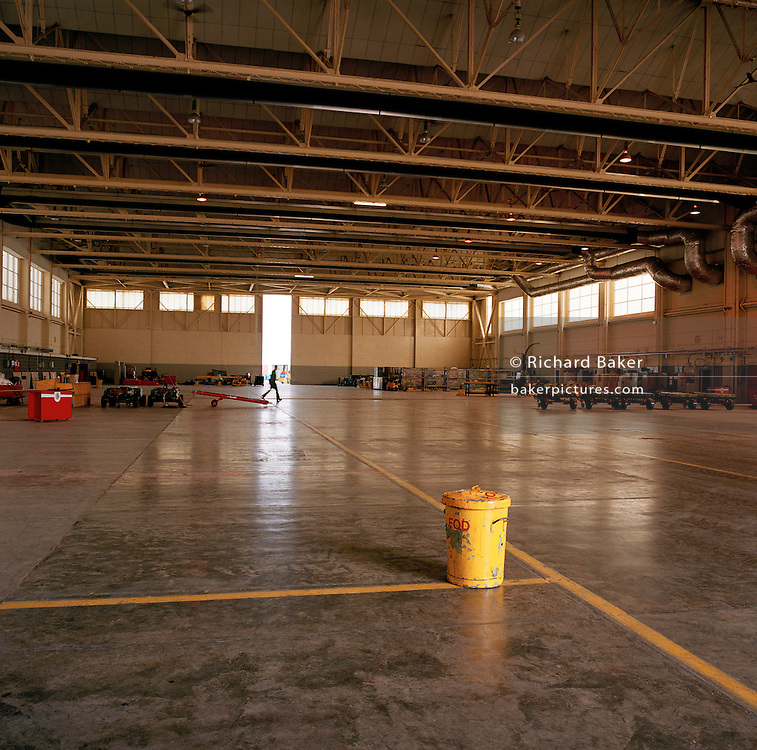