Three women pass beneath the sign of the Bank of Credit and Commerce International (BCCI) in central London in 1991. With a passing red London bus in the road behind, it is a sunny, trouble-free day in the capital. But the bank was forced to shut its doors by the Bank of England amid fraud allegations and the closure lost about 20 local councils up to £30m in investments. (BCCI) was a major international bank founded in 1972 by Agha Hasan Abedi, a Pakistani financier. The Bank was registered in Luxembourg with head offices in Karachi and London. Within a decade BCCI touched its peak. It operated in 78 countries, had over 400 branches, and had assets in excess of US$20 billion, making it the 7th largest private bank in the world by assets. 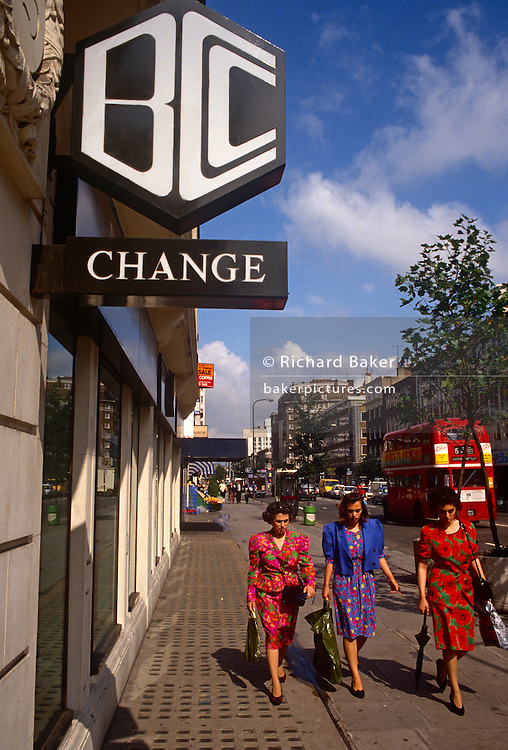