NHS Paramedic Janet Greenhead attends to a lady passenger in Heathrow airport's terminal 3 who has tripped on escalators and badly gashed her leg. Janet applies a dressing and cleans the deep wound before advising the lady to visit a local hospital. Paramedics 'Responders' are with the cycle response unit (CRU), part of the London Ambulance Service whose job is to attend injuries within Heathrow, cycling through the terminals on mountain bikes. She answers radio calls from those with a cut finger, a baggage handler who's injured an arm, a child who's fallen over with cuts and bruises or a much more serious incident like a cardiac arrest which are common in an airport where passengers feel under stress or who forget to take their medicines while jet lagged. From writer Alain de Botton's book project "A Week at the Airport: A Heathrow Diary" (2009). . 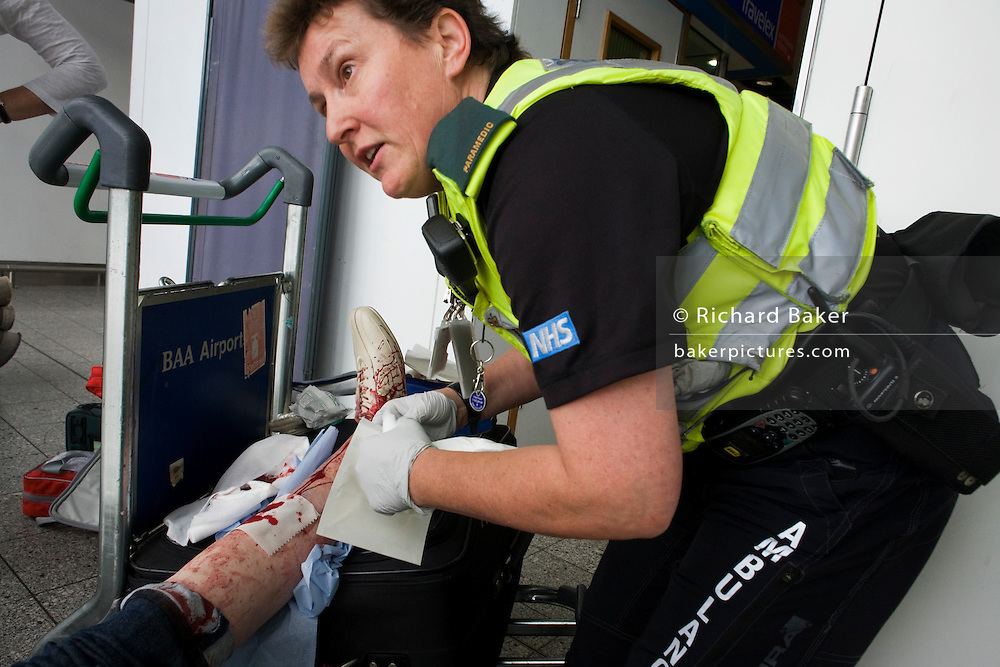