During a journey into America's hinterlands, days after the September 11th attacks in New York and Washington DC, we see anti-war graffiti written in a circular chalk graphic on the path in front of the Lincoln Memorial of Washington DC's National Mall. The words 'Break the Cycle (of) War' appear as early morning joggers blur in the background beyond whom, the Washington Memorial is seen below the rising sun and a rising mist. Soon afterwards the graffiti was hosed away by park rangers, eager to remove anti-militarist and unpatriotic sentiments at a time before the military was about to mobilise once again with many American lives lost. In outpourings of grief, anger and patriotic rhetoric, flags were flown as never before as America sought to express their emotions and unity.. 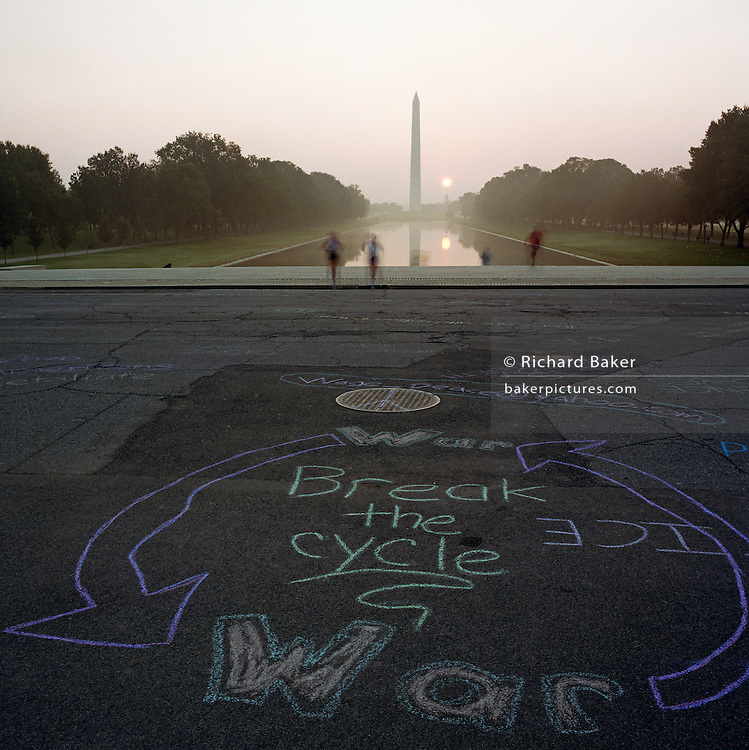