The tail and sharp barbs of a freshly-caught yellow fin tuna fish lies inert on a filleting table at a refrigerated processing factory on Himmafushi island, Maldives. The 50kg carcass has been swimming across the Indian Ocean non-stop since birth and just line-caught by freelance boat crews who share profits for only high-quality fish that passes stringent health tests. The tuna has been in ice since being landed at sea to keep a low-temperature body core so the workers cut out the prime flesh as quickly as possible before boxing the resulting chunks of steak for export by air to Europe and in particular for customers such as UK's Sainsbury's supermarket. The filleting is performed by Sri Lankan ex-fishermen and widowers, having lost their families during the Tsunami. Using sharp knives, they skillfully remove valuable meat and throw the rest. 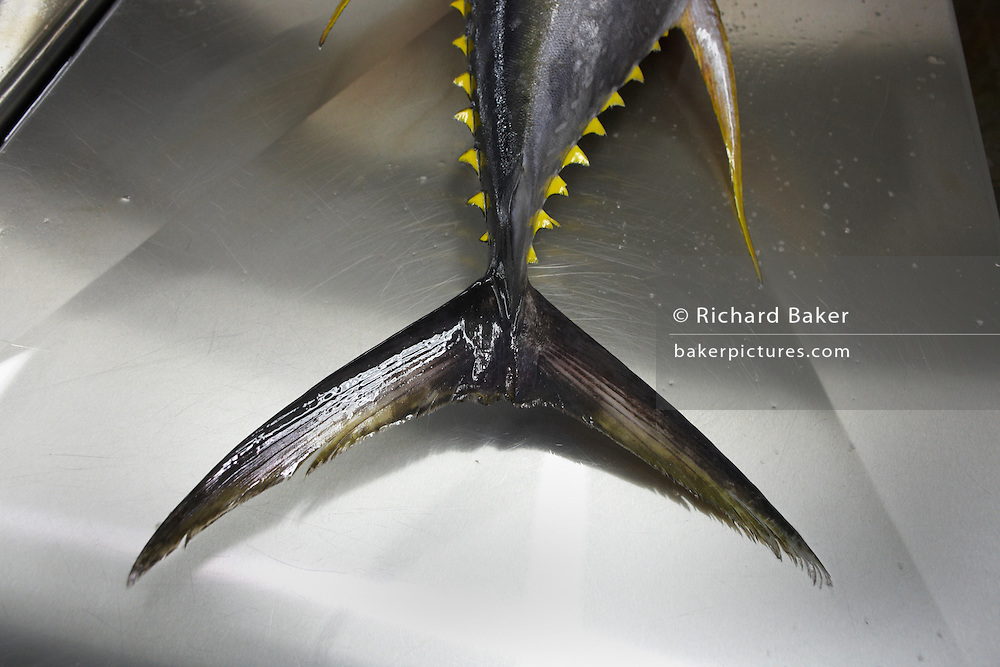