Spiritual revellers celebrate the summer Solstice (mid-summer and longest day) at the ancient stones of Stonehenge, on 21st June 2017, in Wiltshire, England. Fifteen thousand attended the 2017 Solstice at Stonehenge, according to English Heritage. Pagans say the ancient monument is a sacred place that links the Earth, Moon, Sun and the seasons. Built in three phases between 3,000 B.C. and 1,600 B.C. its purpose remains under study. However, it’s known that if you stand in just the right place inside the monument on summer solstice, through the entrance towards a rough hewn stone outside the circle you will see the sun rise above the Heel Stone. 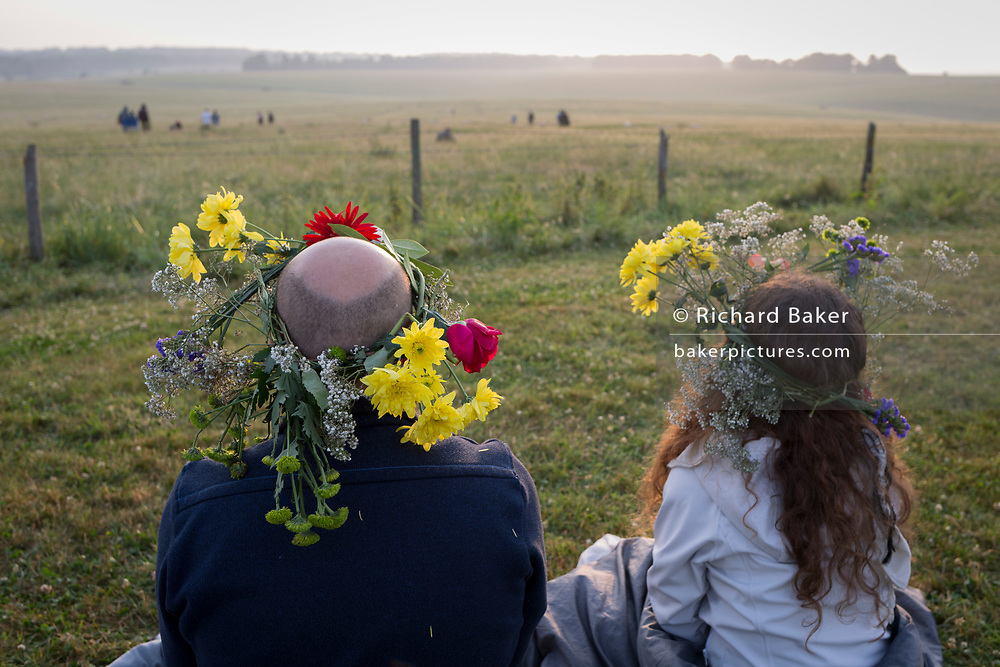