name of their favourite football club. During a street party in London's East End, the young men have decided to parade outside with their flag to show their devotion to their local club. One reaches down to pick up a patriotic hat during the celebrations commemorating the 50th anniversary of VE (Victory in Europe) Day on 6th May 1995. West Ham was founded in 1895 as Thames Ironworks FC and reformed in 1900 as West Ham United. In 1904 the club relocated to their current Boleyn Ground stadium and will take over the 2012 Olympic stadium. In the week near the anniversary date of May 8, 1945, when the World War II Allies formally accepted the unconditional surrender of the armed forces of Germany. Street parties now - as they did in 1945 - played a large part in the country's patriotic well being. 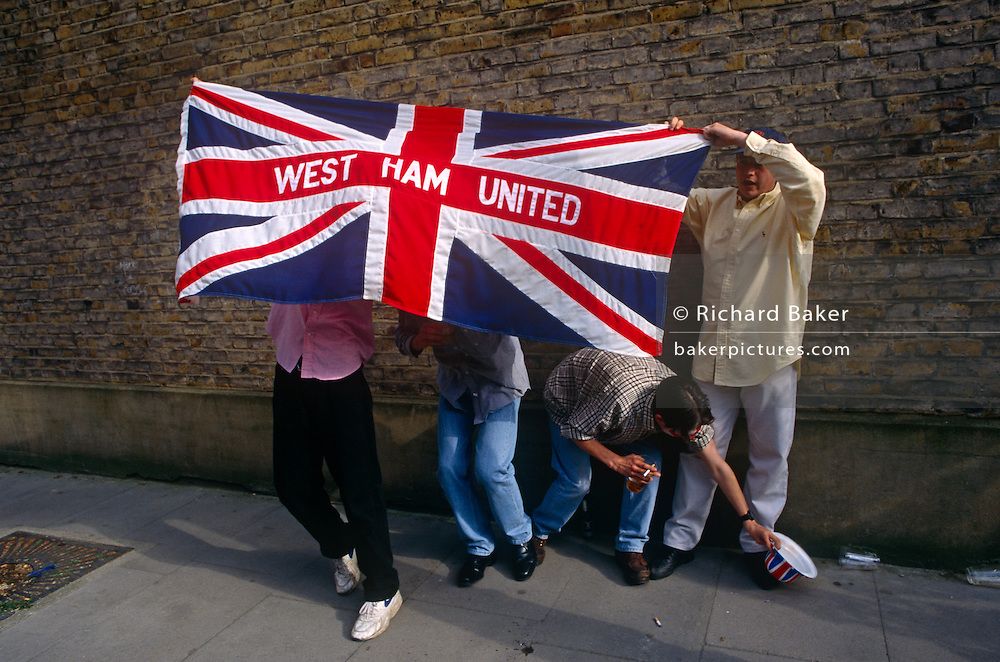