Associate Producer Mark Southerns records audio in an in-house studio at Creative Assembly, the PC gaming brand Total War 's Horsham offices in West Sussex, England. Up to 65 designers, artists and animators have worked on Empire: Total War (about the formation of the United States - the road to independence) for 3 1/2 years. Historical accuracy is such that research into weaponry, ships and events is as realistic as possible with the employment of historians with PHDs and degrees. (Note to editors: High-resolution screen grabs of Empire are in the possession of writer Nina Ernst). 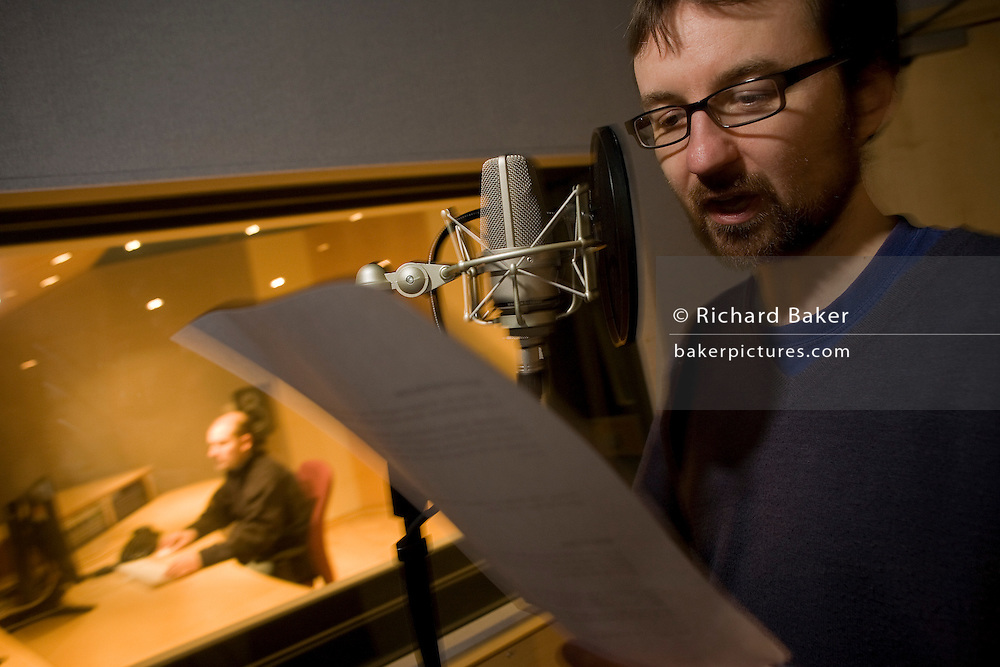